Hospital visit: Behind the scenes of Casualty 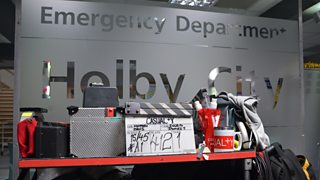 Casualty is a stalwart of Saturday night TV and it has been a big year for the cast and crew, celebrating their 1000th episode, and 30 years since the drama first aired. Dramas based around the medical profession weren't new in 1986 when the first series was broadcast, the BBC had already produced Dr. Finlay's Casebook, Angels, The District Nurse and A Very Peculiar Practice to mention a few, and others have followed including Doctors which started in 2000, and Cardiac Arrest andBodies - both penned by Jed Mercurio (Line of Duty) but Casualty has outlasted them all.

The programme has always had social conscience. Growing up, Casualty was the first show to introduce me to words like anorexia, homophobia, and euthanasia and although it was fictional, it made me think, not only about the real lives of those who worked in hospitals, but also the real lives of patients, everyday people who sometimes needed more than to just be plastered up and sent home.

The morning after the night before, the night before being the screening of the 30th anniversary episode of Casualty, I was lucky enough to be shown around the set of the long running BBC One hospital drama: 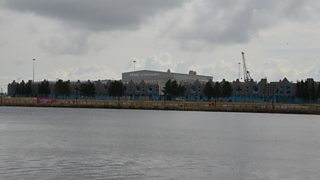 We all know Casualty is set in Holby, a fictitious city in Wyvern, South West England, yes? Good.

When the show first started filming took place in London and Bristol and continued to do so until series 26. Since 2011 the show has been filmed in a purpose built set in Roath Lock, Cardiff (pictured above) which is also home to Doctor Who, Class and Welsh language continuing drama Pobol Y Cym. 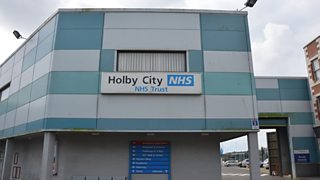 The view of the hospital patients see on arrival. Authentically weather beaten and unnervingly realistic, encompassing both the fear one gets when you or a loved one is in a bad enough state to go to A&E and the reassuring relief that you’re in the best place to be looked after. 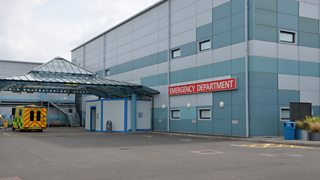 The exterior of Holby City Emergency Department where patients and staff come to smoke (we’re looking at you Dr Zoe Hanna).

Looking a lot better than in it did by the end of the 30th anniversary show, those of you who haven’t seen the episode yet definitely don’t watch the behind the scenes video about how the team pulled off such an amazing stunt, with minimal CGI. If you have seen the episode, definitely do. Two words. Gaffer tape. 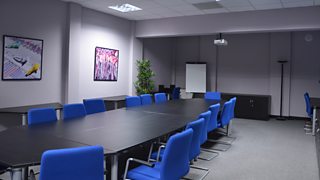 Not quite the apprentice glass table, this humble boardroom is where none of the staff want to end up, as they are generally on the wrong side of a suspension from work if they’re in here.

More often than not however, staff leave of their own accord, with the show recently saying goodbye to some much loved regulars: 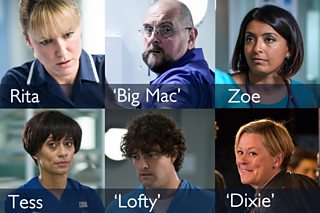 Often with a send off in the pub across the road: 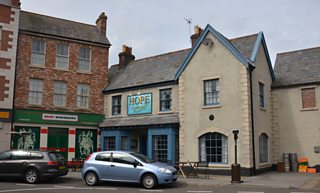 It being a morning tour, both myself and my colleague Ceri, who was kindly showing me around, decided against popping into The Hope and instead made our way to the ED's reception: 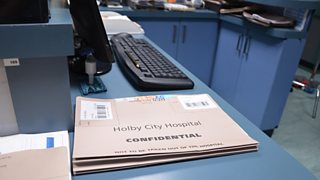 Tempting though it was to take a peek in the confidential patient files, we instead went up the staircase, where Charlie Fairhead had his stand off with Jacob Masters in the anniversary episode, to the second floor. 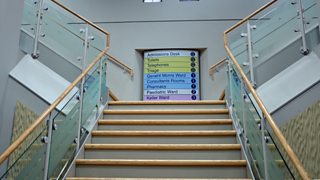 Where we found the Geraint Morris ward 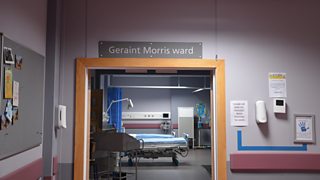 When the set was rebuilt in Cardiff, this ward was created to honour the original producer of Casualty, Geraint Morris. When Ian Bleasedale (Josh Griffiths) accepted the BAFTA for best continuing drama in 2007 on behalf of the cast and crew, he dedicated the award to the much loved co-creator of the show who died in 1997. 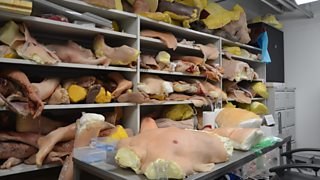 Injuries and scenes of surgery require huge attention to detail and fake blood and body parts, some of which are stacked up in these slightly macabre shelves. The show relies on the expertise of medical advisers like Pete Salt who makes sure what we see on screen looks authentic. In the Q & A the night before, Cathy Shipton (Duffy) had said that the original cast spent time in a real hospital shadowing staff to try to get an understanding of what they do, Ceri assures me that this still happens with new cast members when they join the team. 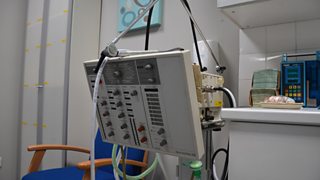 Much of the medical equipment and props used in the show are donated from former hospitals. Other items have to be bought in, and others are made on site for specific episodes. 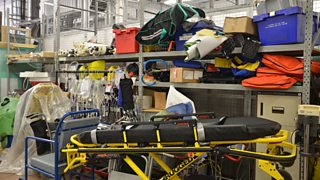 Dick Jones is in charge of the medical props on the Casualty set, you can find out more about what he does on the BBC iWonder website. 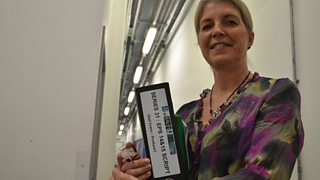 On our way through the corridors between dressing rooms and sets we bumped in to producer Gail Evans, closely guarding the script for the Christmas episodes that were being filmed that day in August. 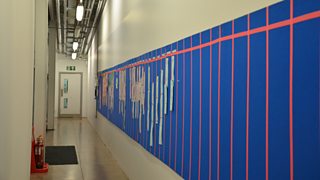 The filming schedule for some of the 43 episodes of series 31 stretches long into the corridor. The 12 hour days start 7am, with the production crew on set and actors in make up. Cast and crew work hard and to a tight time frame.

Having spent a couple of days in amongst the show's environment, it became very clear that everyone in the team was very supportive of each other and had the utmost respect for the hospital staff they portray.

As Derek Thompson who plays Charlie Fairhead put it "There is only one star of Casualty, and that's the NHS".