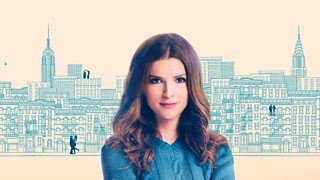 Love Life
New romantic comedy anthology series that tracks Darby Carter (Oscar-nominee Anna Kendrick) across her twenties as she navigates work and romance in New York City – often with the insecurities of youth bubbling to the surface, with each episode telling the story of one that got away. All ten episodes available as a box set on iPlayer from Wednesday 30 September.

Little Mix The Search
Little Mix are creating six different bands to follow in their footsteps and become the next global superstars - the winning band will join them on their next UK tour. Only the most impressive will make it through to the final line up to battle it out for the prize in the performance shows. Begins Saturday 26 September.

The Shipman Files: A Very British Crime Story
Film-maker Chris Wilson revisits the Harold Shipman story as it developed from a local news piece to the biggest serial killer case in British History.

Life
New drama from writer Mike Bartlett, featuring Victoria Hamilton, reprising her role as Belle from Doctor Foster. In a house in Manchester divided into four flats, we are introduced to four interweaving stories about love, parenthood, loss and self-discovery. Begins Tuesday 29 September.

Step Into The Ring
Enter a world where anything is possible. Step into the Ring follows a group of aspiring young wrestlers from Norwich, battling with their own demons in and out of the ring. All are determined to succeed - whatever the barriers. Full series available as a box set on iPlayer from Sunday 27 September. 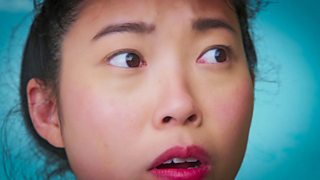 Awkwafina Is Nora From Queens
Awkwafina stars as Nora Lin in this comedy series based on her real-life beginnings in Queens, NY. Raised alongside her cousin by her dad and grandma, Nora leans on her family as she navigates young adulthood in outer borough New York City. Box set available to stream on iPlayer now.

Responsible Child
12-year-old Ray faces the full wrath of a legal system he doesn't understand when he's tried for murder. Can a child commit the crime of an adult? Available to stream on iPlayer now

Louis Theroux
Over 50 films from one of Britain’s best-loved documentary filmmakers are available on iPlayer, including his Weird Weekends from the 90s and his new series Life on the Edge, looks back at his earliest documentaries. Available to stream on iPlayer now.

House Of Saud: Family At War
Documentary series looking at the challenges facing the new Crown Prince of Saudi Arabia, 32- year-old Mohammed bin Salman, who has pledged to transform the country. Available to stream on iPlayer from 21 September.

Man Up
Romantic comedy starring Lake Bell and Simon Pegg. 40-year-old divorcee Jack mistakes Nancy for his blind date. Nancy decides to go along with it and so begins the most chaotic journey of her life. Streaming on iPlayer from Saturday 26 September.

The Water Diviner
Drama starring Russell Crowe. An Australian farmer travels to Turkey after the Battle of Gallipoli to try and locate his three missing sons. He discovers that one of his sons may actually still be alive. Streaming on iPlayer from Saturday 27 September.

North By Northwest
Drama starring Russell Crowe. An Australian farmer travels to Turkey after the Battle of Gallipoli to try and locate his three missing sons. He discovers that one of his sons may actually still be alive. Streaming on iPlayer from Saturday 27 September.

The Boy In The Striped Pyjamas
The tale of an unlikely friendship between Bruno (Asa Butterfield), the son of a Nazi commandant, and Shmuel (Jack Scanlon), a Jewish boy held captive in a concentration camp. Based on the best-selling book by John Boyne. Streaming on iPlayer from Saturday 26 September. 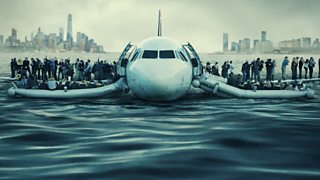 Sully
Clint Eastwood’s drama about pilot Chesley ‘Sully’ Sullenberger, starring Tom Hanks. Branded a hero when he saves his passengers' lives by landing his damaged airliner on the Hudson River, Sully is left haunted by the event. Available on iPlayer until Monday 28 September.

Upstart Crow
Comedy about William Shakespeare as he starts to make a name for himself in London while also trying to be a good husband and father for his family in Stratford-upon-Avon. Series 3 available until Friday 2 October.

Molly's Game
Drama based on a true story from writer and director Aaron Sorkin. When skier Molly's career is cut short, she becomes the assistant to a film producer who also happens to run the biggest poker game in town. Starring Jessica Chastain. Available until Thursday 1 October.