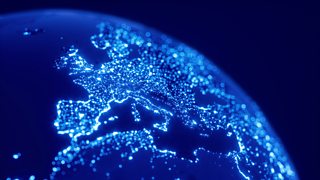 From 3 October The World Tonight on BBC Radio 4 and Newshour on BBC World Service will be covering climate change every week.

The BBC’s been reporting for a long time that climate change is not some distant issue whose effects that will only be felt by our grandchildren.

Temperature rises are affecting crops, changing the rainforests, and putting massive amounts of extra energy into the world’s weather systems. Rising temperatures are pushing malaria into parts of Africa that have never had the disease.

The increased carbon dioxide in the atmosphere has made the oceans more acidic, so much so that we can actually observe the shells of tiny snails being dissolved by the water, threatening the entire marine food chain.

While the BBC has been consistently covering all of this, and investing heavily in specialist correspondents, climate change doesn’t always get the attention it deserves.

One reason for this is the way daily news programmes tend to work. We’re very good at covering the events of the day. The problem, which all editors and news organisations face, is that some of the most important things happening in the world aren’t always events.

So to make sure climate change doesn’t get crowded out, we’re committing ourselves and our programmes to covering it at least once week.

However, we’re not intending to give you a weekly update on Doomsday.

Mitigating climate change, and adapting to the consequences of what we’ve already done to the atmosphere, is driving huge changes in technology, business, and increasingly, politics.

We’ve also signed up some climate change diarists from around the world: people on the front line of a changing planet who will keep us posted on what they see around them, from the polar ice caps, to the Amazon, to the Pacific islands, via the Scottish Highlands.

Take the opportunities and see where they take you: a year as a BBC apprentice