The future of free television licences for over 75s 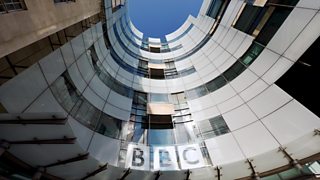 We are writing to you today to let you know about some important changes to TV licences for older people. First, I want to explain why these changes need to be made. Since 2000, all households with people over 75 have been entitled to a free TV licence. This has been paid for by the Government, but in 2015 they announced that they would stop paying for it.

As a result, the current government scheme offering free TV licences for over 75s will come to an end next year. Instead, through an Act of Parliament, the Government gave the BBC the power to decide what happens next. Any new scheme would be decided on and funded, not by the Government, but by the BBC.

This means we have had to make a really important and difficult decision.

After June 2020, the cost of continuing with free licences for all over 75s would be £745 million a year and rising - which is around 20% of the BBC’s budget. That is a huge amount of money. Were we to meet these costs, it would in practice mean the closures of BBC Two, BBC Four, the BBC News Channel, the BBC Scotland Channel and Radio 5live – in addition to a number of local radio stations and other cuts and reductions. We know that audiences really value what we provide on TV, Radio and online – all of which are paid for by the licence fee. And these changes would profoundly damage the BBC’s ability to serve our audiences of all ages. On the other hand, we are fully aware that some older pensioners are in poverty and rely on their TV and the BBC for companionship.

We didn’t want simply to abolish free licences for all older pensioners. We didn’t think that would be fair on those who would find it hardest to pay. Nor did we think it right to continue with a scheme that mirrored the Government’s, given the severe impact that would have on BBC services that are valued by everyone - old and young. We have therefore decided to introduce a new scheme. It is one that we believe represents the fairest possible outcome.

From June 2020, anyone aged 75 or over who receives Pension Credit will also be entitled to a free TV licence funded by the BBC. This will help the poorest pensioners who will continue to enjoy a free TV licence. It’s important to stress that it is not the BBC who will make any judgements about poverty – that measure is set and controlled by Government. As well as being fairest for the poorest pensioners, this scheme is also the fairest for all licence fee payers as it means everyone will continue to receive the best programmes and services that the BBC can provide.

This new scheme will cost the BBC around £250 million a year. This will mean we have to continue to find significant savings, but we are confident that we will be able to protect the funding for services the public tell us that they enjoy.

We want to make claiming the free licence simple and straightforward. Individuals will simply need to demonstrate their receipt of Pension Credit in order to qualify. If you’re over 75 and currently get a free licence, you don’t need to do anything yet. You will carry on being able to get a free licence until June 2020. TV Licensing will be in touch before then to tell you what you need to do. If you want to find out about our decision in more detail you can read all our documents here.

Thank you for taking the time to read this email. We have thought long and hard to arrive at the fairest possible decision for everyone. We are committed to ensuring we continue to give you a world-class BBC, not just today, but for tomorrow.

Top Gear: Making the show all about the car