Whose job is it anyway? 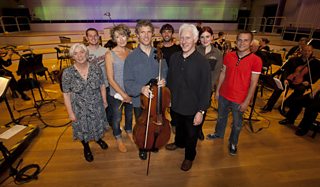 There's no denying the facts - in the eight months since we opened for business at MediaCityUK in May 2011, BBC North has so far directly employed an additional 24 residents from Salford. We have also recruited an additional 209 people from Greater Manchester, and a further 127 from across the North of England.

In the current economic climate, any talk of jobs will strike a nerve and some people and the media have criticised us for not doing enough to recruit Salford residents.

Any single job at the BBC routinely attracts scores of applications for every appointment. We also receive 180,000 CVs every year and 70,000 enquiries for work experience.

For BBC North alone, 68,000 people successfully registered via our dedicated job website for 680 vacancies. A hundred people for every job.

Like other major national organisations, and even more so because we are funded by the UK public, the BBC cannot recruit by postcode. We would be doing a disservice to our audience if our recruitment process was geographically selective rather than based on the skills and experience of the applicants themselves. The quality of our output must remain paramount.

Nevertheless, more than half the jobs we advertised at BBC North went to people from across the North. Additionally our partners on the site are recruiting local residents directly as a result of the BBC. Balfour Beatty for example, who help run our buildings, employ 90 people from the Salford area alone and even more from across the North West. So that means - including existing staff who moved from Oxford Road - we now have over 200 Salfordians in our buildings.

But to make a bigger, longer-term difference, we knew we would have to adopt a 'slow-but-grow' approach to training and developing the local workforce. In Salford, with its high levels of unemployment sometimes across generations of families, we knew the challenge would be substantial.

So, in the past year we have launched two schemes for Salfordians and people from across Greater Manchester to work for and train with us at MediaCityUK and build a workforce of the future.

Our BBC North Young Ambassador and Apprenticeship schemes have been developed specifically for people with little or no job experience or formal qualifications and who might never have otherwise considered the BBC as somewhere to work.

Building the skills base is the reason we launched the BBC North Apprenticeship scheme. The principle of apprenticeships isn't new - it stretches back to the Middle Ages in England, and there is resurgence in apprenticeships today because they can address current concerns about skills shortages in specific areas.

At a time when unemployment is a serious and growing issue they offer a route into skilled jobs. For that reason we have based our scheme on the traditional model - salaried jobs with training. Our apprentices train in specific roles for between 12 and 18 months with on-the-job training in areas such as production or technology, receive mentoring and study for a qualification. And at the end of their apprenticeship, there is a job for them at the BBC. Our ambition is to offer 100 apprenticeships at MediaCityUK in the first four years. Sixteen have already started working on-site and we are about to start a second wave of recruitment.

For local 16 to 18 year olds, when even getting first job experience can prove almost impossible these days, we have launched the Young Ambassadors. At any one time we expect to have eight ambassadors employed at BBC North. During their six months with us they will work across a variety of departments, receive mentoring by a member of staff and study towards an external qualification. I believe that as many of them come to us with no experience whatsoever, these six months provide invaluable training, build their confidence and hopefully helps them on the road to either another job with us, if the opportunity arises, or elsewhere in further education and training.

And let's not forget the impact our investment in programming, training and development can have outside our own buildings. We have made hundreds of hours of drama, comedy, entertainment, factual and news for television and radio, spending millions of pounds with production companies across the North of England. And we have encouraged production partners - from Sheffield to Liverpool - to offer trainee placements wherever possible.

But it isn't just about employment. I am proud that we are in Salford and we are here for the long-term. So it's as important that we become part of the local community through projects that bring people into our buildings or take us out to them. Thousands of school children have taken part in projects with the BBC Philharmonic Orchestra, BBC Learning and BBC News Schools Report. From producing the first live broadcast from MediaCityUK to writing new music, it is as important to engage and inspire as it is to develop bespoke employment opportunities.

And our own staff are increasingly getting involved through volunteering and are taking a more active role with local schools and colleges directly. For example we are already working with The Oasis Academy which will be the closest secondary school to MediaCityUK when it opens later this year.

So those 24 from Salford might only be a start but, I would argue, a promising start.

Earlier this week one of the newspapers asked "Can the BBC save Salford?". Well, Salford doesn't need saving. Salford needs companies to invest in its residents for the long term. Alongside the BBC, others including The Salford Foundation, University of Salford, ITV, Peel Media and a plethora of smaller companies, not only in MediaCityUK, but across the area, are making a difference.

At the moment that difference might seem small to some people but remember we are eight months into a twenty year-project and we are just building the foundations for a sustainable and successful future. For BBC North but also for our neighbours here too.

The next generation of BBC journalists