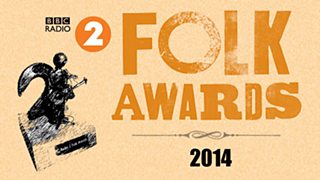 My first invitation to the BBC Radio 2 Folk Awards was in 2001. At the time I was a Broadcast Assistant working on Radio 2’s daytime programmes, but always with one eye on the radio prize which for me came in the form of those magical programmes which happened after 7pm – Radio 2’s Specialist shows. Folk, roots, country and acoustic music is, and always has been, my passion - something which I would let the then controller know with regularity and persistence. So, after badgering incessantly about wanting to ‘get into specialist’, I made it onto the invitation list for the second year of the awards.

The Awards involve you rubbing shoulders, not only with the great and good of the media, music industry and folk music world, but also some very unlikely celebrity folk fans - I remember the year when Iron Maiden’s Bruce Dickinson revealed he’d turned down an invitation to the Brits in favour of the Folk Awards!

This first Folk Awards experience in 2001 had a huge impact on me; not only had I talked myself into an invitation, but I’d also ended up on a great table, and therefore inches away from the stage when the amassed Copper family appeared for the finale. Here was a family whose legacy as song collectors and unaccompanied performers has spanned over a hundred years, and epitomises the unique position that folk music has in the history of the British Isles – a collective music making experience, steeped in tradition yet constantly evolving, and reinventing itself through the generations. To be sitting amongst such a diverse audience, listening and singing along to a traditional English song is one of those magical moments that can only happen at the Folk Awards. And there have been so many of them over the years; John Martyn’s stunning performance of  May You Never in 2008, Tom Paxton leading a sing-along to his wonderful folk classic The Last Thing On My Mind in 2005, the 1969 line-up of Fairport Convention reforming for their historical performance of Matty Groves in 2006, American music legend Judy Collins and James Taylor both performing in 2009; not to mention the unofficial magic moments that  happen after the awards – those surreal experiences  where I’ve found myself  in the middle of an impromptu late-night music session sandwiched between John McCusker, Ralph McTell and The Dubliners.

Thirteen years on from my first foray into the Folk Awards I’m now Editor of Specialist Music at Radio 2, and in the truly privileged position of working alongside all the fantastic radio and TV production teams, stage crews and event managers that put the awards together each year. Over the last three years it’s been wonderful to open up the awards to members of the public, and experience at first hand the massive love and enthusiasm there is for this music and its performers. After sold out shows at the Lowry Theatre in Salford and Celtic Connections in Glasgow we decided to aim high for the 15th anniversary of the Folk Awards, and booked London’s Royal Albert Hall for our 2014 awards, an evening which will include performances from Irish supergroup Clannad, father and daughter folk royalty Martin and Eliza Carthy, and the much loved Cornish shanty men The Fisherman’s Friends. 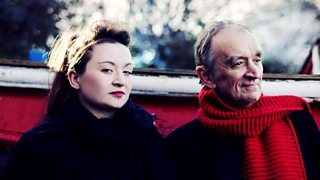 Martin Carthy will perform with his daughter Eliza

The nominations this year are a testament to the healthy and vibrant state of contemporary folk music, with a real range of music represented and more new names appearing than ever before. All four nominees for the coveted Folk Singer of The Year award are new to this category, and have a fan following that extends much further than just the folk world. More than any time in the awards’ 15 year history there is a genuine appetite and excitement for folk music in all its forms, and Radio 2 is very proud to reflect this with what we hope will be our biggest and best Folk Awards ever.

We may be at the very grand Royal Albert Hall but what is for sure is that the enthusiasm of the fans, the intimacy of the performances, the passion of the musicians and the community spirit which forms the very foundation of this music will make this a very special and unique evening…a proper folk night with a difference at a venue which, in the folk world, is often affectionately referred to as ‘Kensington Village Hall’.

Al Booth is Editor of Specialist Music at Radio 2.