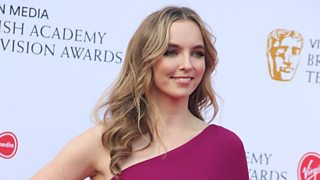 Rajar data shows schedule changes on BBC Radio 2 and BBC Radio 6 Music have been really well received by audiences, with Zoe Ball hosting the most listened to breakfast show in the UK (9.05m weekly listeners) and a record for Lauren Laverne’s new breakfast show on 6 Music with 1.28m listeners (up 197,000 since last quarter and 161,000 on last year).

The BBC Philharmonic is transforming music lovers’ enjoyment of classical concerts with a new service for smart phones. The orchestra has worked with the BBC’s Research and Development teams in Salford to create a new web app called Notes, which will help everybody, not just those in the know, enjoy their music.

After four years and twelve series at the helm, Miles Jupp will step down as host of The News Quiz at the end of the current series.

Romesh Ranganathan is the host of a brand new BBC Two topical comedy show, The Ranganation, which takes a humorous look at the week’s biggest talking points, from front page news to trending topics and the smaller stories you might have missed.

Following her emotional farewell tour, Dame Edna has been enjoying luxury downtime on board her enormous yacht, sailing the seas without a care in the world. But now she’s back for one very special night and she’s bringing her legendary entertainment show to BBC One.

A brand new Doctor Who virtual reality experience lets fans step inside a VR version of the TARDIS for the first time.

Patsy Kensit and Luke Roberts will reprise their roles as Faye Morton and Joseph Byrne in BBC One’s Holby City for one episode as part of the programme’s 20th anniversary celebrations.

In keeping with the channel’s tradition of bringing some of the best International drama to the screen, BBC Four has acquired Norwegian drama, State Of Happiness, from DR International Sales.

The world’s biggest music competition returns this May as the Eurovision Song Contest, one of the longest-running and most-watched non-sporting events in the world, is broadcast live from Tel Aviv across the BBC.

BBC Two commissions The Children (w/t), a powerful drama based on an extraordinary true story of the child survivors, and presumed orphans, of the Holocaust travelling from Carlisle airport to the Calgarth Estate in Lake Windermere.

The proportion of female contributors appearing in BBC programmes has radically increased thanks to a grassroots initiative challenging teams to aim for 50:50 representation.

The BBC’s ground-breaking 5G broadcast radio trial in Stronsay, Orkney, has been extended until the end of September 2019. The trial began in February this year with residents in Stronsay becoming some of the first people in the world to receive live radio broadcasts over 5G mobile networks.

The BBC welcomes the NAO's conclusion that the BBC has delivered "significant reforms" and has taken "big steps in improving consistency and fairness" of its pay and terms and conditions.