It was a night of celebration for the radio and music industry tonight (Tuesday 20 March) as the Radio Theatre played host to the annual BBC Radio & Music Awards.

Now in their fifteenth year, the Awards recognise the people behind the world-class content we produce 24 hours a day, 365 days a year.

And these Awards were extra special as they were open to colleagues from BBC Music and independent production companies for the very first time.

It was great to look out from the stage and see familiar faces from both indies and BBC teams seated together. It’s almost a year since we started opening up more of our radio output to competition and tonight showed that a bit of healthy competition is good for all of us – it keeps us on our toes, ensures the audience is always front of mind, and drives us to be the best we can be.

Tonight was as much about celebrating the wonderful community that exists within UK radio as it was about recognising the individuals who, in 2017, went above and beyond to produce ground-breaking programmes, podcasts and productions.

The year in question saw us celebrate a string of anniversaries. It’s fitting that our Gold Award went to broadcasting legend Nicholas Parsons who has hosted Just a Minute for five decades. But 2017 also marked 60 years of the Today programme, 15 years of 1Xtra and 50 years of Radios 1, 2, 3 and 4. The radio revolution that began in 1967 continues today as we reinvent and grow radio for a new generation. 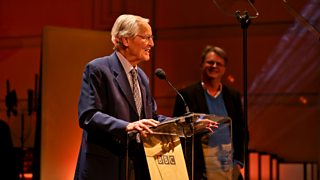 Leading the way is 5 live with chart-topping podcasts, innovative outside broadcasts and candid conversation. They stole the show picking up five awards in total.

In the Outside Broadcast category they shared the honours with One Love Manchester. This poignant BBC Music production was a true collaboration of BBC teams, involving not just Music colleagues but BBC Studios, Radio 1, Radio 2, 5 live, BBC Radio Manchester, BBC Radio Operations, BBC Radio Outside Broadcast Unit and BBC Music News. It was no surprise then that it also won Best Collaboration as well as Moment of the Year.

The Manchester Arena attack was, sadly, one of several moments that tested us in 2017. Our teams faced every challenge with dignity and professionalism, providing responsible and incisive journalism, and pulling off incredible feats like the One Love Manchester broadcast in just seven days, helping to raise £2m for the victims’ families. Never before have I been prouder or more inspired by the people I work with. 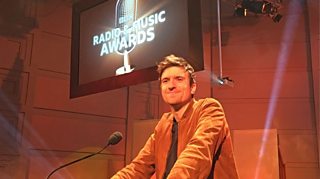 And speaking of inspirational people, I must thank Greg James who hosted the Awards, just a few days after completing his Pedal to the Peaks challenge for Sport Relief, raising over £1 million and encouraging young people to open up about mental health in the process. Like all of our award winners Greg has gone the extra mile, and then some.

Thank you to the judges and congratulations to all the winners, listed below.

Production Team of the Year

Non-content making Team of the Year

Welcome To Wherever You Are – BBC Studios

The Untold: In the Grip of Anorexia – BBC Radio & Music Documentaries Unit

Who do I think I Am? – BBC Studios/Mark Steel

Interview of the Year

All entries were judged blind, without details of producers or production companies.

Taking VR on the road