As we approach BBC Three's switchover on Tuesday 16 February, today is the first step. We are rolling out our brand new visual identity across BBC Three - the TV channel, our place on BBC iPlayer, on bbc.co.uk, on apps and pretty much anywhere else new BBC Three will be, which will be pretty much everywhere. 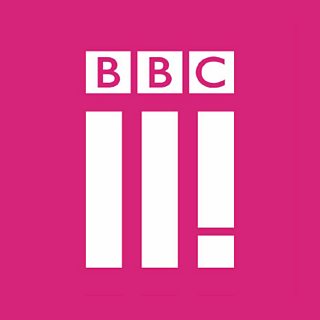 Thanks to W1A we're cursed at the BBC when it comes to marketing and I don’t want to come across all Siobhan Sharpe but forgive me some lingo. The visual identity brings new BBC Three together - a new logo, new idents, new animations and new on screen presentation, all with a new colour palette. This visual identity will underpin what we do in the future.

What is most striking is the new logo and the fact it doesn’t actually say three. It’s easy to belittle the importance a logo has in supporting a brand, and I'm sure the usual critics will have their say - “It looks like Adidas”, “it looks like a “hamburger menu icon,” “it doesn’t even say three”, “are they Roman numerals” – but If I'm being honest I’m not worried. Some people are resistant to change and we wanted to be bold and create something that looks forward and will be around for years to come.

BBC Three's logo hasn't changed in 8 years so in an age of smartphones we needed a whole new system that fits the digital world, not something analogue just shoehorned into it. We needed to develop something that worked on a TV screen and as an app icon. Look at Snapchat. They're doing okay without having Snapchat in their logo.

“The new icon represents BBC Three's three pillars, make me think, make me laugh and give me a voice. That is what new BBC Three is all about.”

New BBC Three is founded on three principles that underpin everything we do. The first is ‘make me think’ - hard hitting documentaries like Suicide and Me and thought provoking drama like Murdered By My Boyfriend. The second is ‘Make me laugh’- distinctive comedy like People Just Do Nothing or new entertainment shows like Murder In Successville. The third, the exclamation mark, is ‘Give me a voice’, which is what we will do for young people.

We will make young people part of what we do through shows like Is This Rape? but also make them part of decision making and include them as content creators. In the next few weeks we will launch a collaboration with 50 young creatives who will be working with us to offer insight and make things with us.

This is part of the biggest change new BBC Three is undergoing. We are going to spend 20% of our budget on different types of content that is not traditional TV. This could be anything - short form, blogs, animation, picture led stories. And for the first time this will be daily, delivered to you via new products we will launch soon. In the future we will still have the same amount of long form TV but a raft of new digital content as well. Content produced by us, by partners in news and sport and by production companies.

The new icon works equally as well on a TV as it does on a smartphone or tablet. It works as an app icon and digital on screen graphic.

I'll be back with more in the next few weeks about our next phase of marketing and how we will make people familiar with our move online. We are working with some of the best, brightest and creative minds in the UK on our on and off-air campaigns. I've seen some of the early work and like BBC Three it's exciting, it's different and it's new - which is exactly what BBC Three is all about.

From two pennyworth to the Mediterranean

Making 'The Day the Clown Cried' with the BBC South team