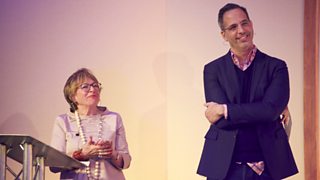 Dan Saladino tells us what motivates him to work on The Food Programme and why, in its 16th year, the BBC Food & farming Awards are more important than ever.

Sometimes I feel my early years were meant to be my grounding, my preparation to work on the BBC Food & Farming Awards. My father arrived in Bristol in the 1960s from Sicily and spent his entire working life in food. I spent a lot of my school holidays sitting at the back of restaurants watching chefs. During these holidays I’d also visit relatives in Sicily and spent time on farms surrounded by grapes, olives, oranges and almonds. Meals there would be loud family gatherings around the table. I guess the most powerful memories I have from childhood involve food. From that early experience I also got to understand what it takes to produce and prepare great food. The patience, skill and sheer hard work that goes into making something delicious, nutritious and memorable. That’s what we also see each year in our Awards.

They also tell a story and provide people with inspirations insights into what goes on behind the scenes of a food business, food production and farming. As well as our weekly editions of The Food Programme, the Awards are also designed to counter another problem I’m aware of; a lack of information and in depth storytelling about food. That’s a big motivation for all of us who work on The Food Programme and the Awards.

Each day all of us have to make decisions about what to put into our bodies. As a nation we buy more cook books, watch more television programmes about food and go out to restaurants more than our parents did. However I’m not convinced we all know as much as we need to about how our food is produced, what the consequences of our buying decisions are and what impact any particular food has on our bodies. Life is so busy and often we have to make tough economic choices about food, but knowledge is power and we all deserve to know more about what we are eating. Curiosity and asking questions is essential when it comes to food.

The Food Programme’s mission statement is “Investigating every aspect of the food we eat” and that pretty much sums it up. The founding presenter Derek Cooper who created the programme in 1979 wanted to open up to the audience the world in which our food is produced, to reveal things we need to know as consumers and celebrate the foods and drinks that give us pleasure. We still do that, in recent times we’ve investigated the horse meat scandal, looked into intensive poultry production and explored the food issues around the Syrian conflict.

In 2000 The Food Programme wanted to mark its 20th anniversary of being on air. The Food Programme was one of the few places people working in school food or public health, or pioneering chefs and farmers received recognition and the so The Food and Farming Awards were created to ensure they had a dedicated national platform for their stories to be told. They’ve continued to do that ever since and we’ve added to the categories to reflect new trends and the rise of different food businesses. 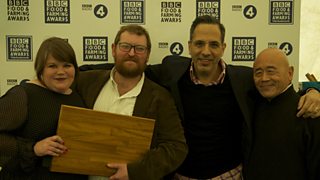 It takes a lot of work to feed a school full of kids well, or to make a great cheese or turn up in the rain to sell fresh and delicious food at a market. Our lives would be a lot poorer, the world a duller place and our economy less diverse without these producers or food figures. We know that by shining some light on great work – that can also help spread ideas and inspire other people to act.

The issues we face around food are bigger than we’ve faced before (just think obesity or food poverty) and for that reason I think people look to the awards as a way of having a national conversation about food and drink and what matters to them.

At our Awards ceremony in Bristol last night those conversations were certainly flowing. Bristol is the perfect backdrop for an awards ceremony celebrating excitement and innovation around food. Not only is it where we make The Food Programme, it’s a dynamic city full of people with lots of new ideas. I grew up in Bristol in the 1970s and 80s. It already had a great grass roots food scene but it has exploded in recent years. It’s a place that accepts new ideas and is a great place for new businesses to take off (think of the restaurants, streetfood businesses and bakeries the city has seen in the last five years alone). Also (and I know this from my own background) it has a rich diversity that has brought lots of different cuisines and flavours to the city.

This year we have a new category called The Future Food Award. It’s been designed to highlight the ideas and work taking place behind the scenes in some of the UK’s bigger food operations. We wanted our judges to find the food and drink ideas that could be making a difference in five or ten years’ time. The award went to a dairy farming family in Sheffield who’s found an innovative way of surviving in the milk business. 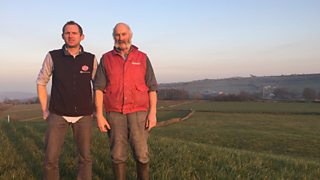 The 'Our Cow Molly' farm in Sheffield

They understood that few of us get to taste truly fresh milk (in the larger national supply chains, it can take days to work it’s way through to the consumer). One day they handed a fresh litre of milk to a coffee shop in the city. They received a call within an hour from a barista who explained he hadn’t been able to make a cup of coffee as good as the one he’d made with the Our Cow Molly milk (that’s their brand name by the way). From that experience, they’ve set up a processing business selling their super fresh “Made in Sheffield” milk. 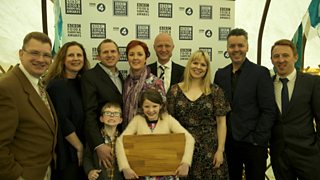 When I watched them take to the stage at the awards ceremony last night it was moving, a feeling I get to experience each year at the awards; watching someone who does important work each day, who receives little recognition from the wider-world, who is creating something important, yet finally receiving applause and recognition. On stage Sheila asked them if other farmers had approached them to find out if they can also adopt the model. Since we started telling their story as part of the awards process, they explained, more and more people are discovering their approach to the tough business of dairy farming, and perhaps through these awards many will be inspired to work in a different way. That’s why I think the awards are special. They not only change businesses, I genuinely believe they change lives.