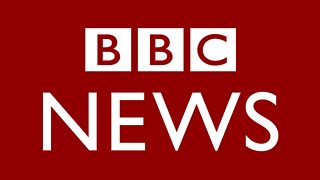 The news agenda the BBC covers is changing - and our In Plain Sight project is playing a big part in bringing this about.

When it comes to big breaking news and rolling stories, we know that the audience turn to the BBC in huge numbers and original journalism is a priority for us.

But what about the stories that our audiences – particularly underserved audiences - are talking about that don’t make it into our coverage?

In some cases, we might not get to a story until it’s become a huge breaking story with massive repercussions. When that happens, of course we reflect and ask ourselves why we didn’t get to it earlier.

It was in a conversation following the Grenfell Tower disaster, instigated by our former Director of News, James Harding, which brought about the In Plain Sight project.

In Plain Sight set out to get to those stories and tell them in a way that resonates with younger and more diverse audiences.

To do that, we’re not creating a new programme, platform or launching another BBC brand. We’re simply making sure that younger, more diverse members of staff are given a platform to pitch stories and then are producing and reporting those stories themselves across existing BBC outlets.

We have been running manager-free sessions, where we invite along staff from across the BBC to come and pitch ideas. There are no restrictions. No expectations on people to come up with a ‘peg’. We worry about that later. As long as their story is interesting and reflects a trend that’s happening in Britain then that’s all that matters.

The stories are developed in the sessions with help of experienced producers and the best ideas are then presented to our Head of Newsgathering, Jonathan Munro and our Mobile / Online Controller, Fiona Campbell.

Our first In Plain Sight story was about closures of sexual health clinics in England and Wales, and ended up on the Six O’clock News; News At Ten; Newsbeat; Radio 5 Live; Radio 4; our General News Service and of course online and on social media.

Other stories from our first sessions include the rise of young British men travelling abroad for cheap hair transplant operations; the impact of unregistered religious and cultural marriages in the UK; and the increasing trend of ‘catfishing’, where people’s identities are stolen on social media.

Not only are these ideas fresh and completely different to the usual stories that dominate our planning meetings, but they are being developed and fronted by staff who have a connection to the story – this is key to connecting with new audiences.

In just a short time In Plain Sight has been inundated with brilliant story ideas and has identified new, fresh talent who have not come up through the traditional routes into the BBC.

Serving everyone, rather than being everything to everyone