A thank-you to our staff and audiences 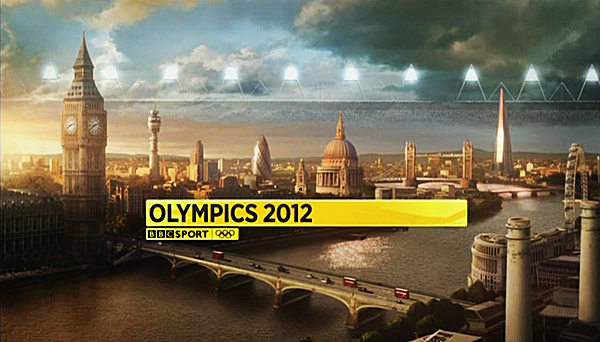 As a once-in-a-lifetime broadcasting moment draws to a close, I want to pay tribute to every single person in the BBC who has helped to bring London 2012 to our audiences.

I am very proud of all our staff, from our on-air presenters, reporters and commentators, to all those who have worked tirelessly behind the camera and the mic. It's needed total commitment and great stamina through very long hours, but everywhere I've been over the past fortnight I've seen amazing team-work, passion and utter professionalism. The result has been the best coverage of any event by a broadcaster that I have ever had the privilege to witness.

For most people in this country, their experience of the Games has been through the BBC. Over 50 million viewers have watched our programming. The astonishing opening ceremony (which included several films made by the BBC including that unforgettable 'Good evening, Mr Bond' moment) drew a peak audience of 26.9m (27.1m including red button) and still had over 20m people watching after midnight. That all makes it one of the most watched programmes in the history of BBC Television. But that was only the start. Over the days since then, there have so many individual moments of triumph and drama - some playing to tens of millions of people, some to a few hundred thousand on one of our special Olympic channels, though none the worse for that. And all of them on the BBC.

Work began many years ago with a decision not only that we would commit to broadcast every moment of the games and carry every sport live, but that we would also attempt to reflect all aspects of the games' impact on the UK. In order to deliver this undertaking the BBC 2012 team, led by Roger Mosey, began the job of coordinating with teams across the BBC to ensure we had the resources and the programming to cover the biggest broadcasting event in our 90 year history.

In the years and months leading up to the games we told the journalistic stories behind the huge preparations, good and bad, in our news, current affairs and factual programming. Once the Olympic flame arrived in the United Kingdom on 18th May, BBC teams from across the country made sure every step of its journey was covered. As well as rolling online coverage, our local and regional news teams did a fantastic job of reporting the experience of the torchbearers and the huge crowds that turned out to greet them. This set the scene for the start of the games themselves.

As the sport got under way, an enormous effort swung into place to make sure we offered the most complete coverage of an Olympic games ever. Alongside programming on our main channels, we carried 24 HD streams from around the different venues so fans of every sport, from archery to wrestling, could follow the games live. Dave Gordon, who is working on his tenth summer Olympics for the BBC, has overseen a Herculean effort by Barbara Slater's BBC Sport teams in London and Salford, and at Eton Dorney, Weymouth and all the other locations around the UK, and I'd like to say thank you to all of them.

It's fair to say the coverage has been generally very positively received by the critics. But more importantly than that, it has set a new benchmark for audiences about how we cover big events in the future. In particular, this was the first truly digital Olympics and it gave them more choice and more control than they have ever experienced before.

Our Future Media teams designed and created ground breaking online services. So far we've had over 50 million requests for the BBC Sport's live video interactive streams, there have been 1.9m downloads of the BBC Olympics App, and perhaps most impressively the first week of the games was the most popular ever for BBC Sport Online with a total of 34.7m browsers.

Meanwhile, teams from radio and television have supported the sports coverage, with factual, drama and music programming providing a flavour of the games impact on the whole country.

None of this could have happened without a great deal of work behind the scenes to make sure everything ran smoothly and get the extra channels (both television and radio) on air without a hitch - although sometimes it's taken nerves of steel! Everyone who has worked in the BBC's Operations Group, which ensures the technology, distribution of content, and support services for all our programmes, has played a vital role.

While today sees the end of our Olympic coverage, the Paralympics will be beginning on August 29th and Radio 5 Live will be bringing audiences full coverage of the games, building on their terrific work at the Olympics, that has delivered the station's best ever audience appreciation figures. Our News and Global News teams will continue to bring the stories of the games to our national and international audiences, with the same authority, objectivity and an entirely justified touch of pride that they have shown throughout the Olympics.

So I'd like to conclude by saying thank you to all of you for your hard work, but also to our audiences for being there and sharing this unique experience with us. The London games are ending but the story of the BBC and the Olympics goes on. We've secured the rights to cover the winter and summer games to 2020. That means that we'll be in Rio in four years time and our ambition there will be the same as it's been in London. To use our creativity and experience, the latest technology and the oldest story-telling skills to once again offer our audiences the very best seats in the house. Thank you.

Mark Thompson is Director General of the BBC