New digs for BBC R&D in the North 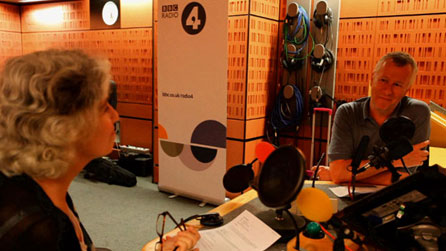 Over the years BBC Research & Development has hit many a milestone. Even before the department's official beginnings in 1930 it had been involved with the creation and delivery of some of the most significant and game-changing innovations in broadcasting - and this level of engineering creativity is the department's raison d'être.

R&D's tremendous technology track record includes; enabling the first colour transatlantic TV transmission in 1962, the World's first ever demo of digital stereo audio recording in 1971 and believe it or not it helped to create the first ever high definition film broadcast by the BBC - The Ginger Tree back in 1989.

The department has created these innovations from a few different homes over the years but it's in the last decade that some of its number have made their biggest move - and the move was North. By October 2009 five R&D trail blazers had left the South Labs and moved to Manchester. These five engineers followed in the footsteps of three even more intrepid explorers who had scoped out the region and had established an advanced R&D presence which kicked off back in 2006 - you can't say R&D aren't thorough in their investigations... The new North team then made do with a snug corner of BBC Manchester Oxford Road's buildings while they waited for the completion of their brand new R&D lab at MediaCityUK.

Now, though they are all moved in and have made their presence known with a bang! On 13th June the first R&D North staff had their feet under their new desks and from 2nd - 17th July some of the team were showcasing their Virtual Maestro prototype (designed to explore novel forms of user interaction) to audiences at the Manchester International Festival.

The team are pretty excited about their new home and know that having a base in the North will hugely benefit its partnerships and the collaborative projects it undertakes with companies, indies and universities right across the North, indeed the recent announcement of the BBC Audio Research Partnership working with the University of Salford among others is a prime example. So, now they have settled in at MediaCityUK they want to take this opportunity to introduce themselves. Tony Churnside's shot this whistle-stop tour of the new lab on his mobile and, on the R&D blog, you'll get a more in-depth video introduction to the department and even more insight into their North HQ.

Steve Bowbrick is editor of About the BBC