Portraying the countryside on the BBC 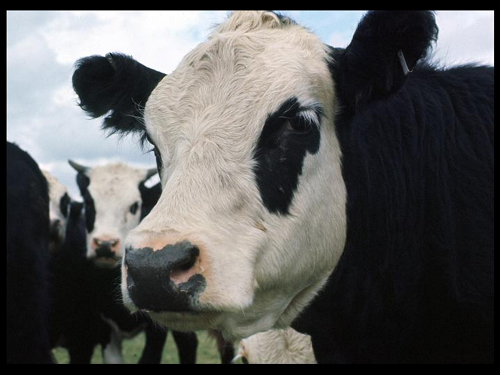 Farmers Weekly asked me whether the BBC made any programming specifically for people in the countryside or for farmers. And the short answer is that we don't. Just like we don't make programmes specifically for people in the city or for people in the suburbs, or for accountants or train drivers. What happens in the countryside, though, is of immense importance to the whole country. And farming is a big part of the countryside - indeed, farmers look after 75% of the land in the UK and are responsible for producing much of what we eat and how the land is managed. So the BBC absolutely should examine issues that affect farmers, from bovine TB to renewable energy policy.

But, of course, farmers aren't the only people in the countryside. In fact I reckon there are at least 100 different groups routinely commenting on various aspects of rural affairs, including farmers, landowners, environmentalists, conservationists and business groups. The countryside is certainly not without issues, whether it's rural services - transport, health or communications - or questions over agricultural practices. Very little in the countryside is black and white, apart from the cows!

My job is to bring these debates that are shaping our countryside to a wider audience. The BBC provides a generous amount of airtime to do this - not just Countryfile and Farming Today but also Costing the Earth, On Your Farm, The Food Programme and Ramblings on Radio 4, alongside many other TV shows including Jimmy's Farming Heroes and Mud Sweat and Tractors. And don't forget that wherever you are in the country you can also watch BBC Scotland's Landward, or listen to Radio Wales' Country Focus or Farm Gate from Northern Ireland, on BBC iPlayer.

I think Countryfile has proved that you can make mix journalism and entertainment in a way that appeals to a wide audience. The challenge is to get the balance right between entertainment and fact-finding. Countryfile must be informative, but it has to be genuinely interesting and enjoyable so people will want to watch it. It would be no good for me to make a programme about the countryside that only certain people could understand or that would only interest a tiny minority. This isn't 'dumbing down', it's making what we do accessible to all. I think this is the very heart of good factual television: telling complex stories in interesting and engaging ways. I'm lucky to have excellent teams of producers and researchers who are never short of ideas for how to make what may seem like distant issues - whether it's livestock disease, food security or river pollution - real and understandable for our audiences wherever they are.

It's the same with Farming Today. It's not just for farmers, just as Law in Action isn't just for lawyers and Horizon isn't just for scientists. People listening to the radio at quarter to six in the morning are just as likely to be commuters as farmers, so we design the show to be a broader look at food production and rural life. If Farming Today were, say, a 15-minute overview of sheep and cattle prices, not only would it be of limited value to farmers, who can get this sort of information in much more depth elsewhere, and not only would it be a kick in the teeth for the specialist farming media who provide it, but, most importantly, it would be a massive missed opportunity to tell the story of the countryside to a wider audience.

I'm very pleased that Countryfile is now reaching over 6 million people a week, up from 2 million since its move from morning to evening. And Farming Today now has around 50% more listeners than a decade ago. Over 900,000 people now regularly tune in every week - and on Saturday mornings Farming Today This Week has had over 1 million listeners on a couple of occasions this year. I'm pleased because this means that more people than ever are gaining an insight into the kind of rural issues that, at the end of the day, affect us all. Of course, Countryfile is also a showcase and a champion for the countryside. It's a breath of fresh air for people who don't always have the chance to escape or enjoy what the countryside has to offer. The popularity of shows like Countryfile and Open Country on Radio 4 reflects what I've always believed - the countryside is a great place to be.

But I'd never claim that we couldn't do more or that we get everything right. Far from it, so please do let us have your feedback, suggestions and ideas - by commenting below, by visiting the Farming Today message board, or by emailing Countryfile.

Andrew Thorman is a BBC executive editor. He's responsible for many of the BBC's rural affairs programmes, including Countryfile and Farming Today. In this week's Farmers Weekly, he's been answering questions about what goes into these programmes and why.