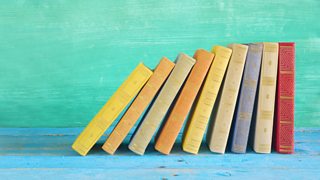 Every Wednesday on the Sarah Brett show we'll be hearing about some of the best books around.

He suggests Breaking and Mending, Unfollow, Sensible Footwear, The Five and In Cold Blood.

Have you read any of these books or have another favourite to recommend? Comment below to let us know what you think.

Breaking and Mending by Joanna Cannon 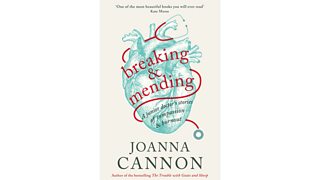 "Joanna Cannon has written two novels, The Trouble with Goats and Sheep, and Three Things About Elsie. Breaking and Mending is her first non-fiction book and is her account of becoming a doctor.

"The book opens with Joanna saying how exhausted she is and how she's going to have to go to A&E, but it's revealed she's actually the doctor and not the patient. From there you go backwards to how she got involved in medicine and how medicine has affected her on and off throughout her life.

"She looks at kindness in a really good way in this book, how sometimes your kindness can be to the detriment of others. There's one point in the book where she starts talking to a patient about her father and the patient says 'how is your dad now?' and she thought, 'oh he's dead but I can't tell the patient that'. It's a really interesting way of looking at how you relate to others without going too far.

"Since reading this book, I've been to the doctors and it really made me consider what I was going to say before I went in to  the appointment. It's very strange to say, but we do sometimes take doctors for granted and forget there's a person behind that professional exterior who might have some sort of personal resonance to what you're saying." 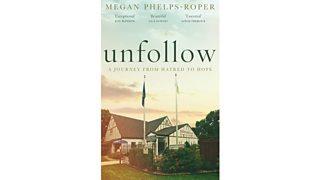 "Meghan Phelps became infamous in America because her grandfather was the founding member of the Westboro Baptist Church who would picket people's funerals, mainly soldiers, with banners saying all sorts of horrific things. She became known over here because Louis Theroux made several documentaries about her family.

"She tells the story of how to her [it] was a family of love and a church of love who were doing the things they did because it was 'the right thing to do'. It was social media that made her start to think whether everything they said and did was correct, and the whole belief system began to crumble away - she has since become de-radicalised.

"The people who took her in after she left the church and family were the gay community. They were the target of most of her family's anger but they took her in and have helped her rebuild her life.

"I found it a very tricky read because it made me hear the voices of people who hold views I'm totally opposed to, I'm almost the aim of their hatred in many ways, but it's good to try and understand where they're coming from even though you can't accept it." 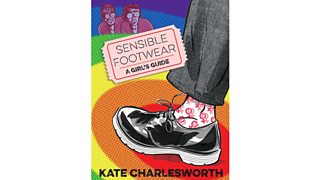 "This is part graphic-memoir and part graphic-history text which starts in the 1950s when author Kate Charlesworth was born.

"As a child, Kate says she was appalled when she realised society expected her to marry a man, the book then follows her life growing up as a queer woman and how her family reacts to that, the friends she makes and her relationships.

"As well as being a memoir of her life, the book is also a document of what has happened in queer history. One little tidbit I got from the book was that Calamity Jane was an undercover queer classic!

"The book makes you think of things much more politically. I as a member of the queer community had forgotten just how recent all the changes are, good and bad, and it was really good to be reminded of that in a non-preachy way."

The Five by Hallie Rubenhold 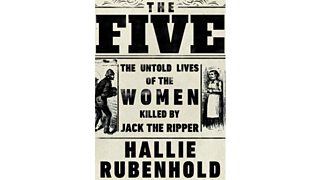 "If you are into history then you will enjoy this.

"I love anything Victorian and have to admit I used to be slightly fascinated by the Jack the Ripper legend... but this book comes at that legend in a completely different way. Hallie gives voice to the five victims of Jack the Ripper, who are generally not given much more description than 'prostitutes from the East End of London who were murdered'.

"Actually, Hallie proves that yes a couple of them ended up in sex work, but three didn't. One came from the really high upper echelons of society before falling on hard times, and others came from overseas. The book looks at how women in Victorian England could be ruined by men, alcohol and drugs.

"Jack the Ripper isn't even really in the book at all, Hallie deftly ends the story of each woman when we get to their demise. You have such a vivid description of each woman that by the end of their stories, you cannot but cry when you know what happened to them because they all ultimately just become victims.

"I think this is my favourite non-fiction book I've read all year. The time Hallie has spent researching this shows what a passion project it has been for her, it's been years going through archives to create this utterly gripping book that will make you re-think the nature of true crime."

In Cold Blood by Truman Capote 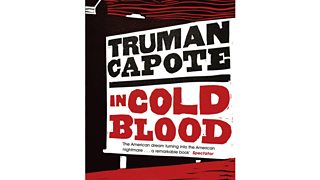 "This is my all time favourite non-fiction book. I love it even though I shouldn't because of the subject matter, but I think the way it's crafted is so brilliant.

"There has been this real movement for true crime podcasts since Serial came out, so this book would be perfect for anybody that's got into the genre through podcasts and wants to transition to books!

"It's set in the 1950s. Truman Capote became quite obsessed with the murder of four members of the Clutter family in Kansas. We meet the killers in the book because they were caught, but what's grimly fascinating is how Truman becomes weirdly besotted with one of them.

"This whole book started my love for non-fiction in a way because this is written more like a novel and give you the feeling you're living with the story.

"Harper Lee researched this book with him and has never been given proper credit for it. Truman had a thing with women where he'd use them for a certain amount of time and them bin them off or use them in books.

"I'd recommend In Cold Blood to anyone. If you don't like non-fiction and want a way into the genre, then give this one a go."

Father of Lions by Louise Callaghan

Listen to Sarah Brett speaking to author and Sunday Times Middle East correspondent, Louise Callaghan, about her book Father of Lions, the story of one man's mission to save the animals of Mosul Zoo from Islamic State.

What Makes a Murderer: What the Must Watch Reviewers think

Must Read: LGBT books written by people of colour