The reality show which celebrates all things drag returns after filming was halted due to the first national Covid lockdown. 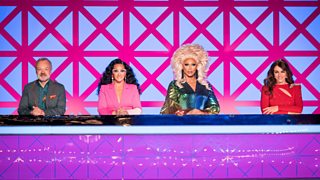 Hayley says: "You'll never catch what you had in that first season"

“I’m bored of Drag Race now, not because the show is any better or worse than it was but because this happens with all reality shows eventually: the more successful the show is, the more seasons there are, the more it starts to eat itself. You’ll never catch what you had in that first season, which is people who didn’t know how to act like they were on Drag Race. Now you’ve got people acting like they’re on Drag Race and it's predictable and exhausting. 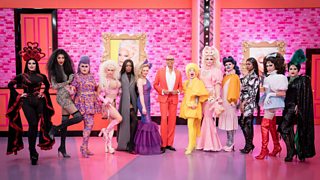 Scott says: "The best Drag Race version of all of them"

“There’s a lot of RuPaul’s Drag Race content out there and at times it feels as if the show is running out of steam. There’s the US version of the show (which just started its 13th season on Netflix last week), there’s Drag Race All Stars (which features previous memorable contestants from the main show). There’s also Celebrity Drag Race (which didn’t land well), Drag Race Canada (which BBC Three aired last year), Drag Race Thailand and now there's this new British season.

"Whilst an LGBTQ show with such global resonance should be celebrated, I'm starting to worry that such overuse will just exhaust it, just like other reality show series such as Big Brother and X Factor.

“The revelatory thing about the British Drag Race is how much kinder this version is. The US version of the show is used to becoming highly story edited, with many arguments and conventional reality show feel throughout. The BBC would never allow that on their own, so the style and editing is softer and as a result, and as a result it is a more enjoyable watch. There's a lot of warmth too, with a streak of British humour running through it. The contestants also talk about a range of interesting issues, from overcoming trauma to the consequences of Section 28, topics that you don't hear regularly in other shows.

“Drag Race UK is the best Drag Race version of all of them, currently. I just wonder how much longer the show itself is going to continue for." 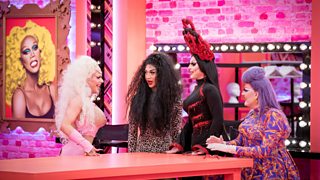 We have edited this blog to remove an opinion on a section of RuPaul’s Drag Race that was based on incorrect knowledge, for which we apologise.

This week, the team also speak to the creator of ITV's Finding Alice, Simon Nye. Plus, they review Nicholas Cage’s History of Swear Words on Netflix.

Finding Alice: What the Must Watch reviewers think

It's A Sin : What the Must Watch reviewers think