Can an earthquake shift the Earth's axis?

The short answer to this is yes. But the effects of such a shift are tiny. The Earth's tilt and rotational spin on its axis as it travels around the Sun causes our seasons. The earthquake in Japan moved the axis of rotation by around 16 cm. That might sound like a lot, but it's small compared to the size of the Earth. 1 degree change to the tilt of the axis of the Earth would mean moving it by around 110 km.

But the quake's interference with our axis doesn't stop there. The Japanese landmass was moved around by as much as 4m. This redistribution of mass on the surface changes our moment of inertia. In order to conserve angular momentum, the changes in inertia are compensated by changes in the rate of rotation of the Earth about the axis. After the earthquake it's quite possible that our days will be 1.8 millionths of a second shorter because of this shifting.

We can see differences in the average length of the day due to other changes in the Earth and atmosphere. The plots below show that there is a significant seasonal variation, with the day length (speed of rotation) being shortest (fastest) during the boreal summer. This happens because the northern hemisphere winds slow down in the summer and the momentum they lose - half the momentum of the atmosphere - is transferred to the Earth. This increase in momentum makes the Earth spin faster and our days become slightly shorter by 1-2 milliseconds. 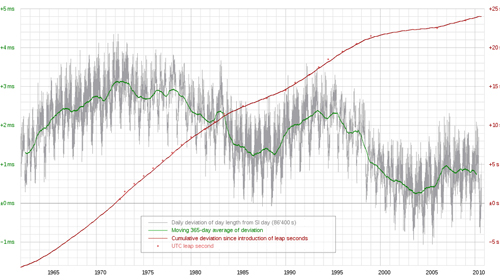 So while the changes brought to our planet by the earthquake are unique and collosal enough to affect the Earth; they aren't big enough that we will notice them any more than we notice the milliseconds we lose each summer. 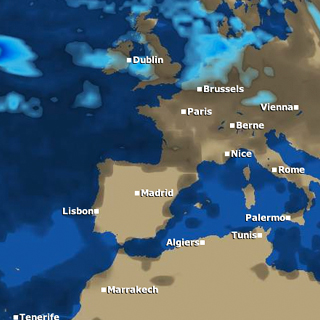