In the AD400s, towards the end of Roman rule, Britain was being attacked by the Picts and Scots from the north, and the Anglo-Saxons from the sea. The Romans had built forts along the coast to fight off the sea-raiders and Hadrian's wall defended the north.

Things were changing, and in about AD410, the last Roman soldiers were ordered to leave.

Britain no longer had the strong Roman army to defend it from the invaders. There were many battles between Anglo-Saxons and Britons. Over time, the Anglo-Saxons took control of most of Britain.

Find out more about the Romans, the Britons, the Anglo-Saxons and the Picts

Why did the Anglo-saxons come to Britain?

Some Anglo-Saxons were warriors who enjoyed fighting. They thought the Britons were weak and easy to beat without the Romans around.

Many Anglo-Saxons came peacefully, to find land to farm. Their homelands in Scandinavia often flooded so it was tough to grow enough food back there.

Whole families set sail across the sea to live in Britain. They brought tools, weapons and farm animals with them and built villages with new homes.

With Picts and Scots attacking from the north, the Britons invited some Anglo-Saxons to help defend them. But they didn’t leave! They took over.

Did the Picts and Scots invade?

The Picts and Scots lived north of Hadrian's Wall. While the Anglo-Saxons were invading from the sea, they attacked from the north.

A history book called the ‘Anglo-Saxon Chronicle’ tells of a king called Vortigern who asked for help against the Picts. He invited two Anglo-Saxons called Hengist and Horsa to Britain in AD449. He paid them and their men to fight the Picts, but instead they turned on Vortigern and seized his kingdom.

No one knows if this is a true story. But it shows that the Picts were causing trouble and that some of the Anglo-Saxon newcomers were invited to Britain.

The Picts caused trouble for the Britons but they did not stay around. We don't know if this was because they lost battles and were pushed back or if they chose not stay around. They may have just been raiders, attacking Britons to steal from them and then going home.

The story of Pevensey Castle

The Romans had built forts along the coast to fight off sea-raiders. These forts were called the 'Forts of the Saxon Shore'.

One fort in Sussex is Pevensey Castle. After the Romans left, the Britons used it as a place to live and a place to be safe. But in AD491 the Anglo-Saxons attacked and took over the castle. We know this because archaeologists have found Anglo-Saxon pots inside.

This happened a lot to Roman towns and buildings. Most Anglo-Saxons kept clear of Roman towns, wanting to build their own houses. But warrior chiefs knew that a walled city made a good fortress, so they would take control of them.

Most Roman buildings not taken over by the Anglo-Saxons were left alone to rot and become ruins. 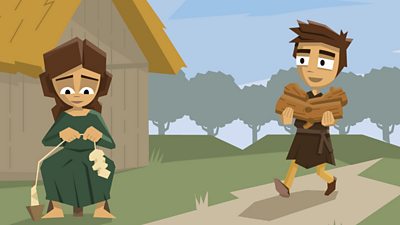 Who were the Anglo-Saxons? 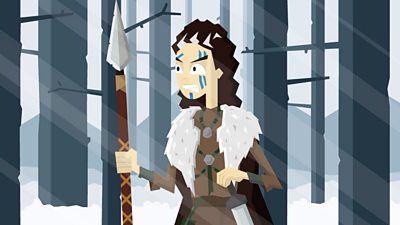 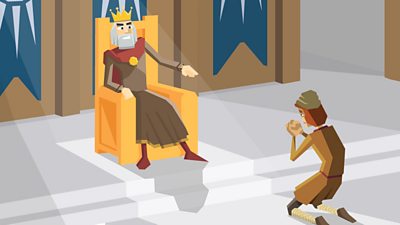 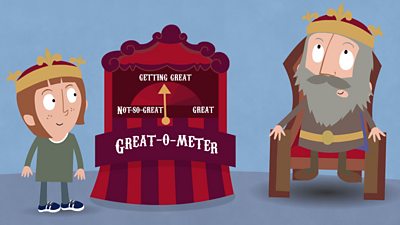