is a measure of the range of living organisms within a . Some habitats like mature woodlands, and in particular rainforests, have a huge range of and so are very biodiverse. Other places like the polar regions and deserts have far fewer species and so are less biodiverse. If the conditions in these places are beyond the range for most living organisms they are called .

preserves and protects organisms and their habitats, and so maintains biodiversity. It is important to conserve the variety of living organisms on Earth. There are moral and cultural reasons for conserving endangered species. Conservation also:

Invasive species are those that are not native to that area. For example, the grey squirrel was introduced to the UK from North America and has now pushed the smaller, native red squirrel to the edges of the UK.

Conservation programmes are now in place to protect red squirrels which include planting woodland and monitoring squirrel diseases. Invasive species such as the grey squirrel are sometimes culled to reduce their impact.

You can help conservation by reducing, recycling and reusing. Small changes can lead to a more sustainable life and help conservation. These can include reducing water and plastic use, reducing food waste and eating locally-grown food.

Some species have become extinct in the wild and now only live in zoos, or their numbers have greatly reduced. Captive breeding programmes are undertaken by scientists to breed more of these organisms to release into the wild.

The advantages of captive breeding include:

For example, the Scimitar oryx was extinct in the wild in 2000, but a herd of 21 were bred and released into Chad in north Africa in 2016. The first offspring were born a year later.

However captive breeding also has disadvantages, including:

Most habitats support stable numbers of species. The numbers do increase or decrease naturally, but the impact that humans are having on these habitats is a much greater cause for concern than natural fluctuation. Biodiversity is being reduced by:

are the slight changes in some organisms of the same species. Many of these differences are caused by different genetic information (). The range of DNA in a species is called the . The wider the gene pool, the more likely it is to survive.

These tiny differences often give some organisms advantages. This makes it more likely that they will survive and have offspring with these same features. When this process gives rise to new species of organisms it is called .

Evolution is a slow process, usually taking many generations. Extinction occurs when all organisms of a species die out. This may be because the organisms were not able to adapt to changing conditions fast enough.

If a plant species is endangered and therefore close to extinction, it is important to take measures to conserve it. Seed banks are a conservation measure for plants - they are buildings in which seeds are stored so that new plants may be grown in the future, even if naturally the plants are extinct. This will help to maintain biodiversity.

In a seed bank on the remote Svalbard Island off the cost of Norway, seeds from around one million different plants are stored at -18°C.

Seed banks are an example of a gene bank. Gene banks are used to preserve genetic material for use in the future. A cryobank is another type of gene bank. , sperm or ova (egg cells) from animals are stored at very low temperatures in liquid nitrogen. They can be thawed out later for use in breeding programmes. 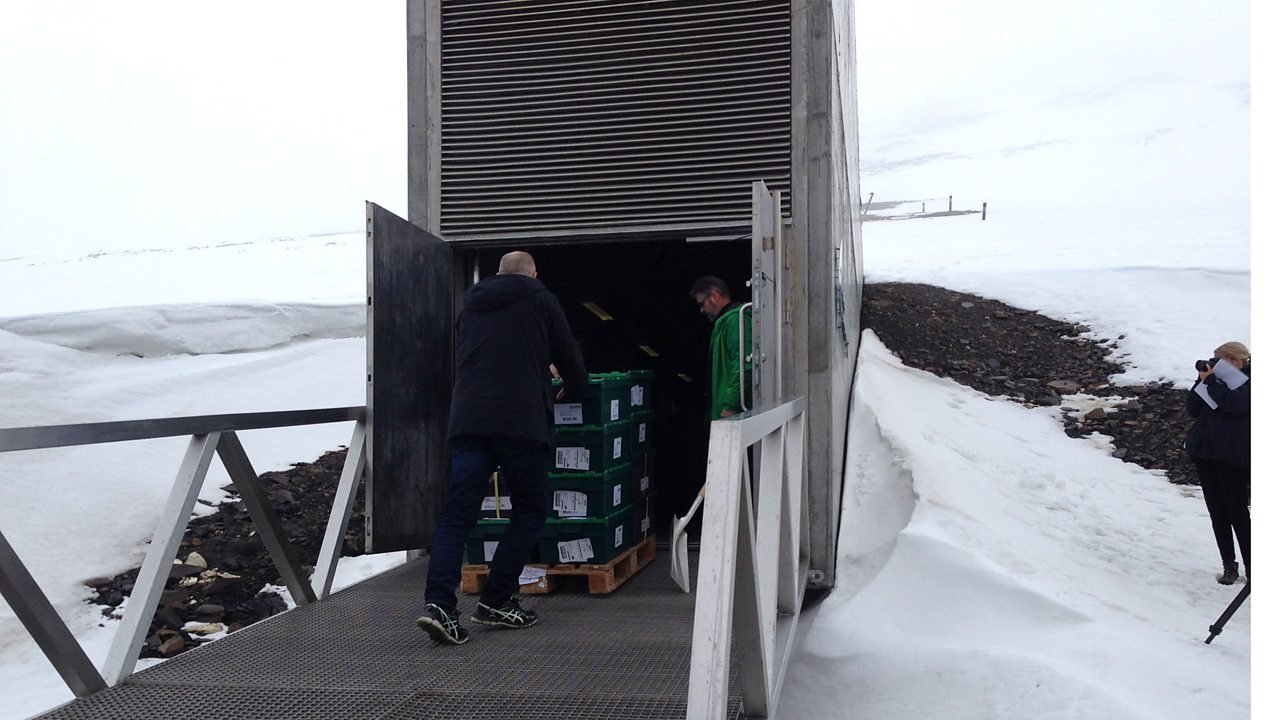 Try out practical experiments in this KS3 science game

Build on your knowledge with these guides.