When was Ancient Rome?
How did Rome begin?
How was Rome ruled?
Who was Julius Caesar?
Video: Roman Emperors
Gods and Goddesses
How did the empire end?
What was happening in Britain?
Activities
Activity 1: What were Roman activities?
Activity 2: Quiz – Introduction to Ancient Rome

When was Ancient Rome?

Around 2,500 years ago, the city of Rome was at the centre of a huge empire that stretched from Scotland to Syria.

The Roman Empire was based upon enslaved people and citizens.

How did Rome begin?

The Romans had a story about how their city began.

According to legend, Rome was founded by twin brothers, Romulus and Remus, who were the sons of the god Mars.

As babies, the boys were left to drown in the River Tiber by their evil uncle, but they were rescued by a wolf.

When the boys were older, they took revenge on their uncle and killed him. Afterwards, the twins decided to start a new city.

However, they squabbled about where to build it. Romulus wanted to build it on the Palatine Hill and Remus preferred the Aventine Hill.

To find out who was right, they looked for a sign from the gods. However, they couldn't agree on that either and both thought the gods were favouring them.

One day, the twins got in a fight after Remus made fun of Romulus. Remus was killed and Romulus named the new city 'Roma after himself!

How was Rome ruled?

Who was Julius Caesar?

In 49BC, Rome’s greatest general was Julius Caesar. He had complete control of the army, but he wanted to rule Rome like a king again. Some senators didn’t like this and they killed him in 44BC. But it was too late, Julius Caesar had changed Rome.

The emperor ruled over the Roman Empire, a bit like a king.Find out below about some of the emperors who influenced Britain.

What did the Romans believe?

The Romans had lots of different gods and goddesses. There were gods for almost everything, like thunder, love, war, wisdom and even the sewer in Rome.

The Romans were always trying to keep on the good side of their gods. They made offerings at temples and shrines to make them happy.

They also borrowed new gods from the people they conquered, like the goddess Isis from Egypt and Mithras from Iran. Some emperors were declared gods too, usually after they died. They hoped this would make emperors even more powerful and respected.

Christianity was made the official religion of the Roman Empire by the Emperor Constantine in the 4th century AD.

Before then, Christians got into trouble because they refused to worship the emperor as a god. Some Christians were arrested and put to death.

How did the empire end?

At the beginning of the 5th century, the Roman Empire was starting to fall apart.

It was constantly under attack from tribes from northern Europe. The Romans called these people 'barbarians' because they thought they were uncivilised. However, the Empire used many of these tribes as military forces in the Roman Army.

In AD410, a tribe called the Visigoths stormed into the city of Rome. They killed many people and the Roman population dropped over the next century.

Romulus Augustus, the last Roman Emperor, lost his power in AD476. He was replaced by a prince from Germany called Odovacar. From then on, the area that was once the empire was ruled by a collection of kings and princes from outside Italy.

The Roman Church survived. Its head was the Pope, based in Rome. Many new Christian kingdoms looked to Rome as their religious leaders.

What was happening in Britain?

Activity 1: What did Romans do with their spare time?

Click on the Romans below to find out what activities they did. 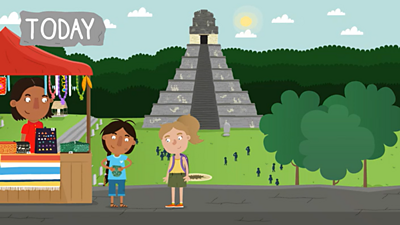 What happened to the Maya? 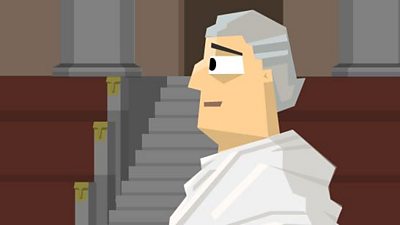 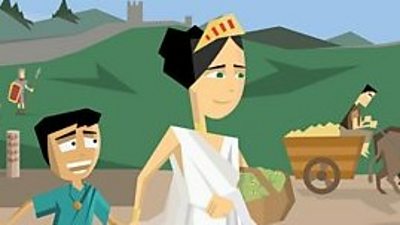