Around 800 BC people in Britain learned how to use iron. This discovery had a dramatic impact on everyday life. Iron tools made farming much easier than before and settlements grew in size.

During the Iron Age, the Celtic people spread out across Europe and many settled in Britain. The ancient Britons followed a Celtic way of life. They produced fine metalwork and enjoyed feasting, music and poetry.

What was life like in an Iron Age hill fort?

By the end of the Iron Age many people lived in hill forts. The forts were surrounded by walls and ditches and warriors defended their people from enemy attacks.

Inside the hill forts, families lived in round houses. These were simple one-roomed homes with a pointed thatched roof and walls made from wattle and daub (a mixture of mud and twigs).

In the centre of a round house was a fire where meals were cooked in a cauldron. Around the walls were jars for storing food and beds made from straw covered with animal skins.

Iron Age farmers grew crops and vegetables. They kept geese, goats and pigs and had large herds of cows and flocks of sheep. Some people worked as potters, carpenters and metalworkers. Men and boys trained as warriors. They had to be prepared to fight at any time.

Watch the video below to find out about the largest Iron Age Hill fort in Britain.

Iron Age people developed some very useful tools to help them in their daily work. Click on these pictures to find out more.

People in Iron Age Britain believed in powerful spirits. They met to worship the spirits in sacred places, like the shores of a lake or a clearing in a wood.

Priests known as druids led religious ceremonies. They sacrificed animals and sometimes humans too! The druids gave precious offerings, such as swords and cups, to the spirits. They buried the offerings in the ground or threw them into rivers, lakes and bogs. When the Romans first arrived in Britain they wrote about the religion of the ancient Britons. They described four of their main festivals: 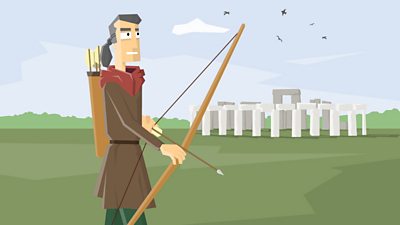 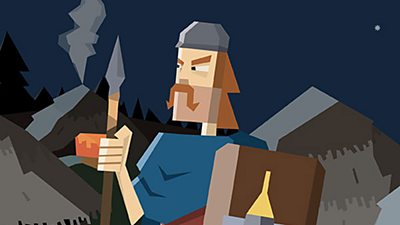 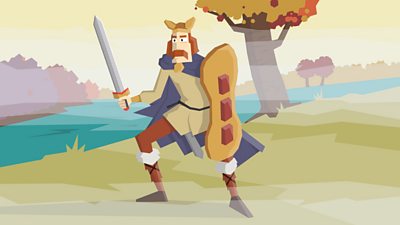