Learn about Shakespeare's The Tempest.

William Shakespeare grew up in the town of Stratford-upon-Avon in Warwickshire. His family were rich so he went to a good school and grew up to be a playwright. He wrote different types of plays – histories, tragedies and comedies.

Watch this video to recap where William Shakespeare came from and how he became famous.

One of Shakespeare's most famous comedies is a play called The Tempest. A tempest is a fierce storm. Watch the video below and read the plot summary underneath to learn more about the story.

A summary of The Tempest

In the past Prospero, the rightful Duke of Milan, and his infant daughter Miranda were abandoned at sea because his wicked brother, Antonio, seized power.

Prospero and Miranda survived as they landed on a remote island. Here they lived alone, apart from the spirit Ariel and the beast Caliban, who were Prospero’s servants.

Prospero has magic powers. He decides to use them to raise a storm and trap his enemies on the island with him. The storm causes Antonio’s ship to be destroyed. The shipwreck victims wash up in different places on the island. One of those shipwrecked is Ferdinand, the Prince of Naples.

Ferdinand and Miranda fall in love as soon as they set eyes on each other. They then become engaged.

Later, the other shipwreck victims, including evil Antonio, find Prospero. Prospero confronts his enemies and forgives them because of the love between his daughter and Ferdinand.

He gives up his magic powers and makes plans to set sail for home to take up his rightful position as Duke. Before he does so he frees Ariel and only the evil beast Caliban is left behind.

Can you decide which of these statements about William Shakespeare are true or false?

Imagine you are Miranda or Ferdinand. You are shipwrecked on the island and feel lonely.

Write a message in a bottle to your friends back home. You might include:

Remember! You can always go back and watch the video again OR read the summary of the play if you need help.

Write your own newspaper article about the events of The Tempest.

Discuss the features as follows:

Check out The Tempest animations at BBC Teach to watch the play in full.

In this lesson you have learnt how to analyse a Shakespeare play.

There are other useful articles on Bitesize to help you to understand more about plays: 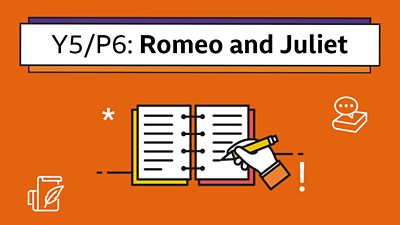 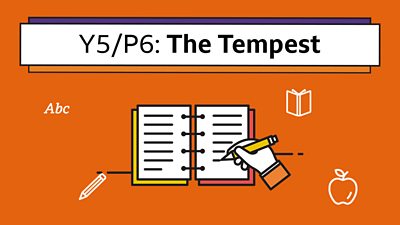 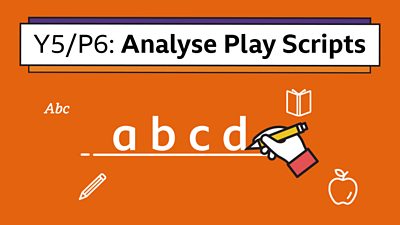 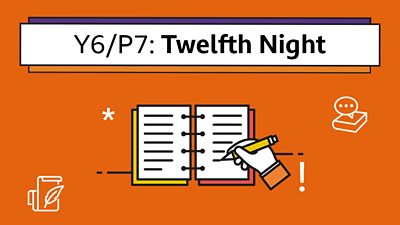