The war involved people from all over the world.

Great Britain, Germany, Russia and Austria-Hungary all ruled empires. Their colonies sent supplies, food and soldiers to help in the war effort.

Britain's colonies sent over two and a half million men to fight for Britain during the war.

India sent the most soldiers. At that time, India included both Pakistan and Bangladesh.

Colonies as far away as Canada, Australia, New Zealand, South Africa and Rhodesia (which is now Zimbabwe) also sent thousands of soldiers.

That meant that Britain had soldiers from five different continents:

Which countries sent soldiers to fight with the British Empire?

The colonies fought hard to help Britain in the war. But they questioned if they deserved a chance to rule themselves with their own governments.

Britain saw how much these colonies helped during the war and decided that some could be given more freedom once the war ended.

This was a step towards some countries gaining independence.

The British Empire was ruled by the Royal Family.

During the war, the Royal Family changed its surname from 'Saxe-Coburg-Gotha' to 'Windsor', which sounded more British.

George V was related to the leaders of Russia, Germany and other European royalty. The name change helped to separate him from them.

Other British royals played a part in the war:

Many people across the Empire looked to the Royal Family, especially King George V, to inspire them and help them to understand why they were fighting.

How many soldiers from the British Empire served?

From 'The Statistics of the Military Effort of the British Empire during the Great War 1914-1920':

Even though most of the fighting happened in Europe, it's clear to see the impact of the war on people all over the world. 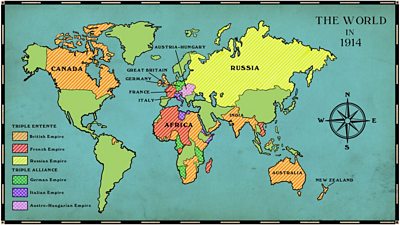 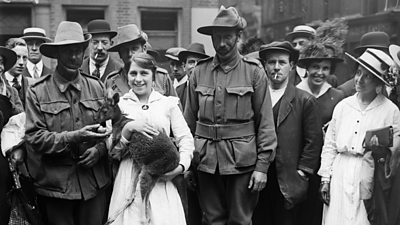 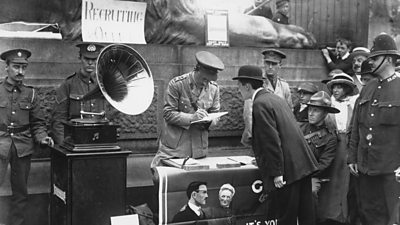 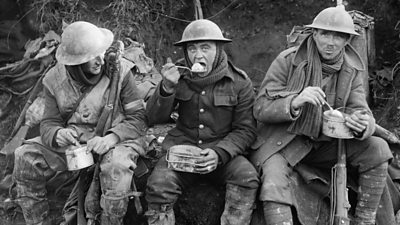