Benin and other West African kingdoms

West Africa has been home to some great kingdoms and empires. The earliest of these kingdoms belonged to the Nok people. They were farmers, potters and metalworkers who settled near the River Niger around 500BC.

The kingdom of Ife developed in the rainforest in the 600s. Its art and religion influenced the culture of Benin, which began in the 900s and reached the height of its power between the 1400s and the 1600s.

Between 700 and 1600 there were three great empires in the centre of West Africa: Ancient Ghana, Mali and Songhai. They all grew immensely rich by trading in gold. One of the last great kingdoms was Asante. It was founded around 1700. The Asante people were famous for their work in gold.

Explore the map below to find out more about the kingdoms of West Africa.

What kind of art did people create?

The people of West Africa were skilled potters and metalworkers. Some of them worked with brass and some with gold.

Potters in the kingdom of Nok made sculptures from a type of clay called terracotta. They created figures of men and women with very large heads. Many of the figures had elaborate hairstyles and wore delicate jewellery.

The kingdom of Ife was famous for its sculptures made from brass. Brass-workers made figures of gods, humans and animals.

In the Asante kingdom, goldsmiths made ornaments to show off the wealth of their king. The king wore golden necklaces, rings, bracelets and anklets. He even had a pair of gold castanets attached to his thumb and first finger. The king clapped the castanets together when he wanted people to listen to him!

Who was Mansa Musa?

Mansa Musa was a Muslim king of Mali. He ruled from around 1280 to 1340. Arab writers met him when he made a pilgrimage to the Muslim holy city of Mecca. They were amazed by his wealth.

Mansa Musa travelled to Mecca with a procession of 60,000 men and 12,000 slaves. Each of the slaves carried a heavy gold bar. He also took 80 camels loaded with sacks of gold dust. Musa gave away gold to all the poor people he met on his route.

Mansa Musa brought back Arab teachers and architects to Mali. He built many mosques and schools in the cities of Timbuktu and Gao. The buildings had colourful domes and their doors and windows were covered with gold. Some of these buildings survive in Timbuktu today, but they have lost their golden decorations.

What happened to the African kingdoms?

By the 1890s, many countries in Europe were competing for land in Africa. They wanted to gain control of valuable trading goods, such as gold, oil and rubber. Britain and France both wanted land in West Africa.

Until the 1950s Africa was ruled by European countries, but then things started to change. Over the next 30 years, more than 40 African countries won their independence. Today, the ancient kingdom of Benin is part of Nigeria and Asante is in Ghana. 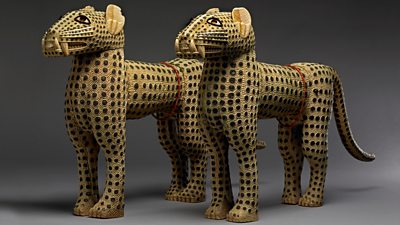 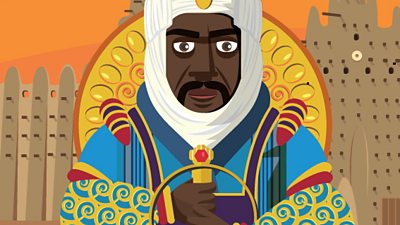 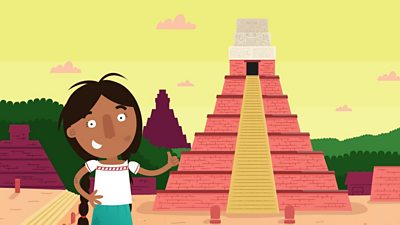 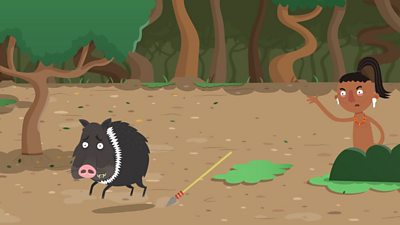