In the first half of the 20th Century Ulster was one of the most important linen producing areas in the world. Major events such as the First World War and the Second World War only helped increase the demand for linen manufactured in Ulster. During these wars, linen had many different uses - it was made into tents and parachute webbing for soldiers, flying suits for pilots, covers for planes and linen thread was even used to sew equipment for military personnel.

After the war in 1950 the linen industry was still strong, with nearly 400 mills in operation, it employed more than 55,000 people – twenty per cent of Ulster’s total workforce. However, just twenty years later, in the 1970's, the linen workforce had reduced by half and only two thirds of the mills were still in operation. This rapid decline continued until the end of the 20th Century and into the beginning of the 21st Century.

Watch the video below to find out more about the reasons for the decline of Ulster's linen industry.

The development and demand for man-made textiles in the second half of the 20th Century was one of the major reasons for the decline of Ulster’s linen industry. These synthetic fabrics were cheaper to make and took less time to produce. However in the 21st Century things are changing. As people become more aware of environmental issues, designers and consumers are now starting to look for more sustainable fabrics and materials such as linen and flax.

Linen, a natural fabric, is anti-bacterial and thermoregulating meaning that it is cool to wear in summer and warm in winter. It is very durable meaning that it can last a long time and many people believe that the fabric gets better with age. At the end of its life-cycle linen fabric when not dyed or treated is biodegradable and can break down into the earth without polluting the environment.

Flax, the plant that linen comes from, doesn’t need pesticides or chemicals when grown in the correct environment and unlike cotton it uses very little water in its production. All parts of the flax plant can be used and so there is zero waste with it. Flax seeds and linseed oil come from the plant as well as certain types of paper, chipboard and building materials! Today the desire for natural composite materials is also increasing the demand for flax. The flax composites that have been developed are being used in the production of snow and surf boards, car parts, skis, tennis rackets and surgery equipment.

Flax is used to make many different things. Can you tell which of these items was made using the flax plant? 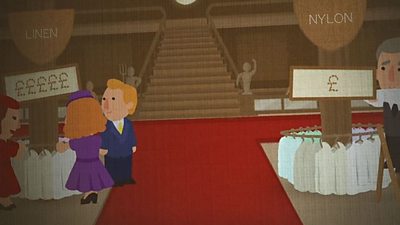 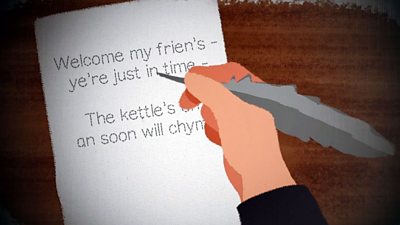 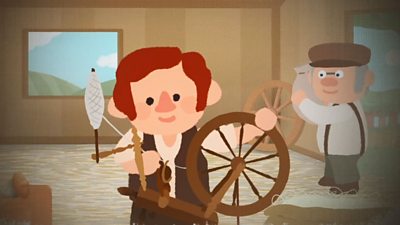