The Greeks loved sport and the Olympic Games were the biggest sporting event in the ancient calendar.

The Olympic Games began over 2,700 years ago in Olympia, in south west Greece. Every four years, around 50,000 people came from all over the Greek world to watch and take part. The ancient games were also a religious festival, held in honour of Zeus, the king of the gods.

There were no gold, silver and bronze medals. Winners were given a wreath of leaves and a hero's welcome back home. Athletes competed for the glory of their city and winners were seen as being touched by the gods.

A truce for the sacred games

Before the games began, messengers were sent out to announce a 'sacred truce' or a peace. This meant that any wars should be called off so that people could travel safely to Olympia.

The entire games were dedicated to Zeus. Visitors flocked to see the Temple of Zeus. Inside stood a huge gold and ivory statue of the king of the gods himself.

The main event at the Olympics was not a sporting event, but a sacrifice. On the third day of the games, 100 oxen were sacrificed and burnt on the Altar of Zeus.

This altar was not made from stone. Instead it was made from the leftover ash of all the sacrificed oxen. By around 200AD, the mound of ash stood six meters high!

Click on the athletes below to find out more about some of the sporting events at the ancient games. 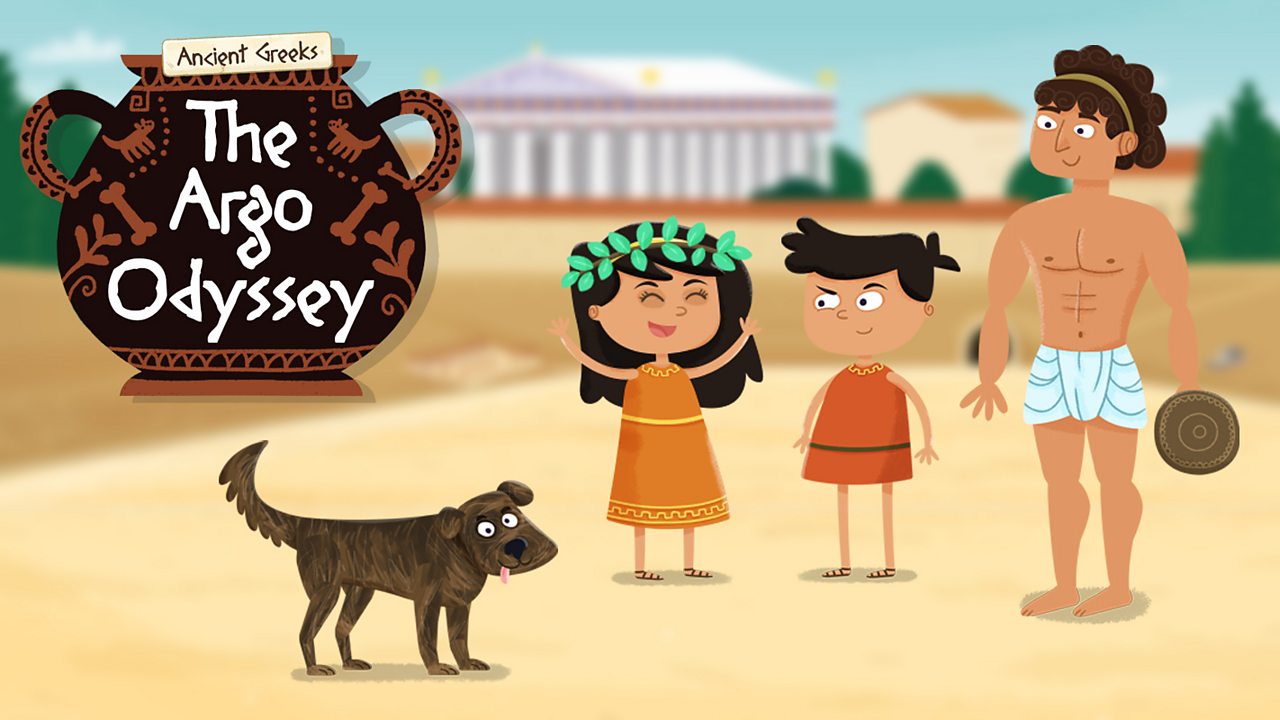 Argo the dog is missing! He was last spotted at the Olympics.

Play the game to take part in the pentathlon and save the bronze discus from the master of thievery.

Only men, boys and unmarried girls were allowed to attend the Olympic Games. Married women were barred.

If they were caught sneaking in, they could be thrown off the side of a mountain as punishment!

However, women could still own horses in the chariot races at the Olympics and unmarried women had their own festival at Olympia every four years.

This was called the Heraia and was held in honour of Hera, Zeus's wife. Winners were awarded crowns of sacred olive branches, the same as men. But in ancient Greece, only Spartan women were really interested in sport.

Take a tour of Olympia 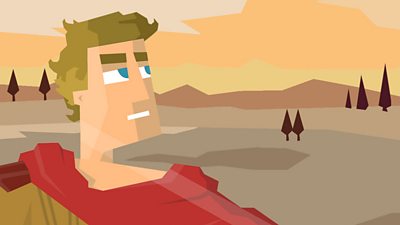 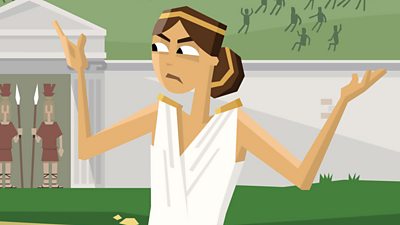