Computers can only work with digital information. Everything that they process must first be turned into a digital signal in one of two states: 'on' or 'off'.

Information from input devices must be digitised so the information can be processed.

Why do computers use binary?

In order to process information and store it, computers use binary code. Binary is a language composed of just the numbers 1 and 0.

It is stored in switches (transistors) as either on or off, just like a digital signal.

When we say data is 'digitised' we mean it is turned into 1s and 0s for storage.

How do you communicate using only on and off?

Using just on and off to send messages might seem very limiting. How can a computer process everything it does with just two signals?

Even in Victorian times, people used sequences of on and off to communicate. They sent messages through the electric telegraph and these messages had to be converted into Morse code.

Morse code is a series of dots and dashes that represent all the letters of the alphabet, numbers and punctuation.

Morse code allowed the transmission of coded messages though cables over great distance, just with a series of dots and dashes, or on and off signals.

Binary is just another code except that instead of dots and dashes you can use 0s and 1s to represent numbers and letters.

What else can be turned into binary?

Everything that is stored on a computer is digitised. It has been turned into binary code to be processed and stored.

When you push keys on the keyboard you close the switch beneath the key. This information about which switch was closed is digitised, turned it into binary code and sent to the computer.

When an image is scanned into a computer it is converted into pixels. Each of these pixels is a small square of colour, with a binary number telling the computer what colour each square is. A scanner or camera is an input device that is designed to capture an image by digitising it.

In this video Nate looks at how you can use a scanner to digitise photos so that you can easily share them with friends and family.

How do digital images work?

Looking for the old Bitesize primary games? Find them here.

How to create digital video and audio 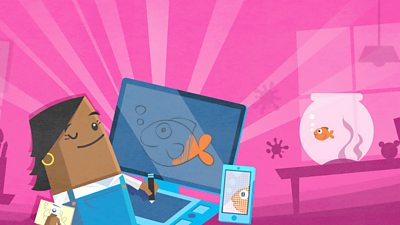 How do digital images work? 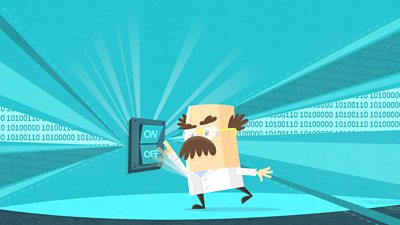 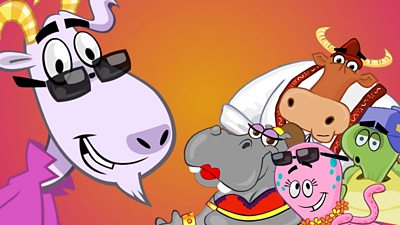 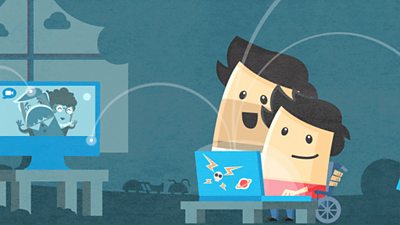