As a space scientist, you can spend your life studying some remarkable things. For example, comets that streak across the sky like giant dirty snowballs. Asteroids with the power to destroy life - and perhaps create it. Not to mention mysterious planets and moons, with temperatures that could fry or freeze you to death in seconds.

Wherever you go, space is a strange and hostile place!

Yet here’s the thing about all the objects you’ll encounter in the Universe - they’re made from the same chemicals and elements you’ll find here on Earth. And if you know your science, you can cook up a little bit of space in your kitchen.

Are you made from star-stuff?

The chemical elements are the basic building blocks for everything in the Universe. You’ll find them here on Earth, and right out across the stars.

Stars are like giant, cosmic factories, making elements. When stars like our Sun reach the end of their lives, they begin to run out of fuel and collapse. This creates the extreme pressures and temperatures needed to cook up elements, like the oxygen you breathe and the carbon that makes up your body.

When larger stars than our Sun collapse, they form even heavier elements, like aluminium and iron. However, when the largest stars (nine times bigger than our Sun) come to the end of their life, they are blown apart in a giant explosion called a supernova.

A supernova is the most powerful force in the Universe, with temperatures reaching more than 100 billion degrees. During just a few seconds, the heaviest and rarest elements like gold and silver are created.

So next time you look in the mirror, remember what you’re made of – an incredible set of elements created by the giant explosion of a dying star.

Do asteroids hold the secrets of life?

Here on Earth, asteroids often get a bad press. Films often cast them as villains, and many scientists blame an asteroid for killing off the dinosaurs. But did they actually have a positive effect on our planet?

Some scientists believe that asteroids and comets were important for kick-starting life on Earth. That’s because they carry large amounts of water. Without water, life on Earth wouldn't be possible.

When the earth was relatively young, it was struck by a giant wave of asteroids and comets. This might have provided much of the water that fills our oceans. Others go further, saying some asteroids might transport basic life-forms.

All this leads us on to one of science’s biggest and most controversial questions. And that is: why is Earth the only planet – as far as we know – with life on?

And if we’re ever going to solve this mystery, asteroids may hold some vital clues. 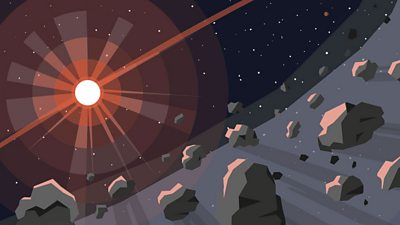 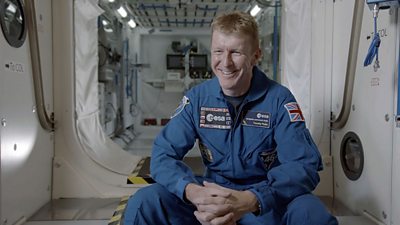