Scotland before the Romans

What was life like in Scotland before the Romans invaded?

In Roman times, the area now known as Scotland was called ‘Caledonia’. But who lived there? What did they wear? Where did they live and how did they survive?

The area of Britain now known as Scotland was called ‘Caledonia’, and the people were known as the ‘Caledonians’.

Back then, Caledonia was made up of groups of people organised into tribes.

They didn’t leave any written records behind so we don’t really know too much about them - and much of what we do know comes from the Romans.

Some of the main tribes the Romans described were:

The Roman historian Tacitus also wrote that the Scottish warriors had ‘red hair and large limbs’ and were fierce.

What did people wear?

The clothes the Scottish tribes wore would have been made from natural fabrics such as wool and flax. They also would have made clothes from leather and animal skins, as well as fur from foxes, bears and seals.

Modern archaeologists have found Pictish brooch pins so we know that they would have worn long cloaks to keep them warm. From other finds, we can also tell that they liked wearing jewellery such as necklaces and metal bands worn on the arms called torcs.

Life in a tribe

When they weren’t fighting the Romans – or each other – the Scottish tribes spent most of their time farming and fishing.

They would have lived in small villages and kept animals such as sheep and pigs. They also would have grown crops such as wheat and barley and a range of vegetables such as kale, peas and turnips.

They hunted animals such as deer. Carvings on stones left behind by the Picts show scenes of hunting with dogs and falcons. 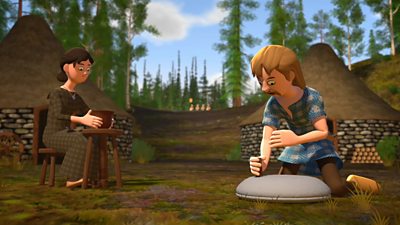 Scotland before the Romans 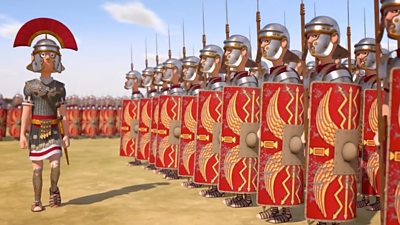 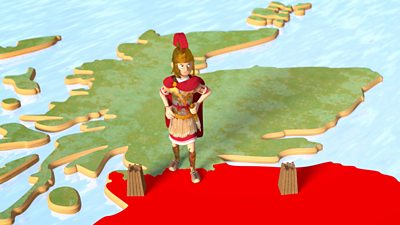 The first Roman invasion of Scotland 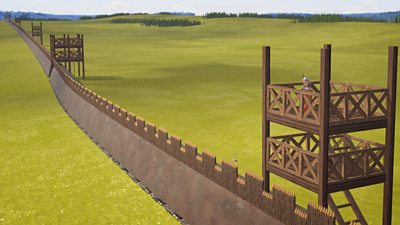