Why did the Vikings love telling stories?

The Vikings loved telling stories. Called Sagas, these stories celebrated the battles they fought and the treasure they raided. Why were stories so important to the Vikings?

The Vikings loved telling stories to each other. They told stories of all the great battles they had fought and the dangerous journeys they had made. These stories they called sagas.

Sagas were more than just entertaining stories, though. Vikings used sagas to record and preserve their culture and the things they thought were important for future generations.

Because most Vikings could not read or write, the sagas took the form of long spoken stories and poems.

It was the job of poets – called skalds – to remember and re-tell these stories. Much later on the sagas were written down.

Since most Vikings couldn’t read or write, sagas also had another important use. As well as remembering big battles in their stories, the sagas were used to record family history.

These stories would recall who was related to who, going back several generations. This was useful for helping to decide who could inherit land and wealth.

When the Vikings did write things down, they used a completely different type of writing to us called runes. Rather than letters of the alphabet, runes used symbols.

There were at least three different types of runes used by the Vikings at different times.

In the oldest version, there were 24 rune symbols and each one had a name that related to the way the rune would sound when it was spoken.

Usually runes were used for only very important information as few people could read or write them. Later on, though, runes were more broadly used – even as graffiti! 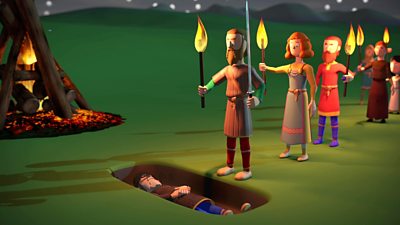 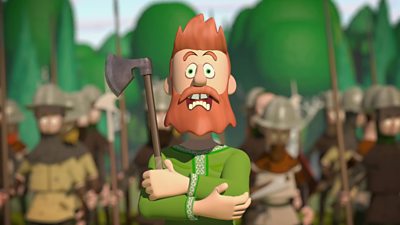 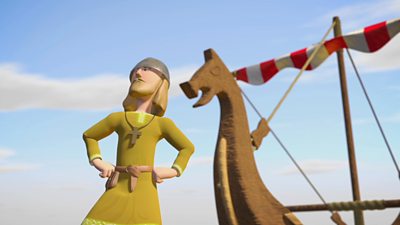 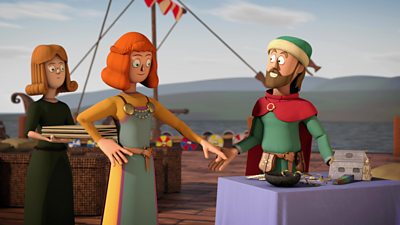