Why did the Vikings raid?

Raiding was an important part of Viking life and every year boats full of scary Viking warriors would sail across the sea from Norway to attack monasteries such as the one on the island of Iona.

In 795 AD, Viking longboats arrived at the monastery on the Scottish island of Iona. The raiders killed the monks who lived there and stole anything of value.

For the next few hundred years, Scotland’s islands and coastal communities would be regularly raided by these terrifying warriors.

Most of what we know about the Viking raiders comes from the tales of the survivors of these raids rather than the Vikings themselves.

The survivors tell of ships shaped like dragons, of brutal killings, and whole villages burned to the ground. The raids were so awful that the monastery on Iona was abandoned.

Why did the Vikings raid?

The Vikings raided to steal gold from monasteries and also to take people as slaves. The things they stole they often sold so they could buy the things they wanted.

The Vikings usually carried out their raids during the summer months when it was safer and easier to cross the sea from their home in Norway. The rest of the year they would have farmed the land and raised animals for food.

For Vikings, bravery in battle was very important and raiding was a way of showing just have brave you were.

Later on, in stead of raiding and returning home, the Vikings set up home in the lands they raided. Many of Scotland's islands and coastal regions became home to Vikings from across the sea. Many of these places - such as Stornoway, Lerwick, and Dingwall - are still known by the names the Vikings gave to them.

Viking raiding parties were usually made up of small numbers of boats. Each boat could hold between 40 and 100 men depending on the size.

The Viking boats were long and narrow and so were called longboats. Often they had carved figures at the front such as dragons and serpents. They must have looked terrifying!

The Vikings relied on surprise. They would attack suddenly before villages or monasteries could prepare to fight back.

Vikings longboats were designed so that their boats could land straight on a beach. This meant that the raiders could race straight up to their target.

Once they had finished their raid, they could run back to their boats and get away quickly. 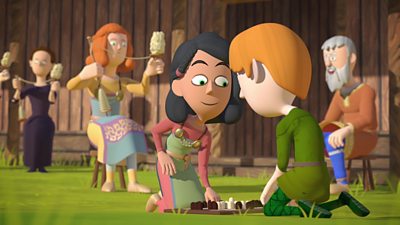 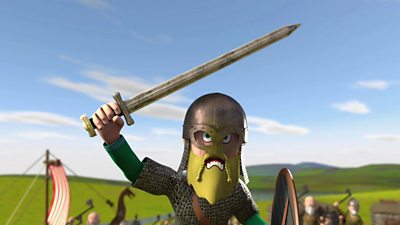 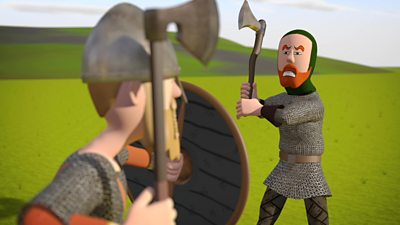 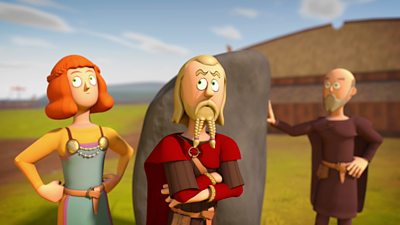