There are no rules when it comes to writing lyrics. Some lyrics rhyme and some don’t. Some tell a story, whereas others focus on a single emotion or message.

Some artists compose lyrics by taking inspiration from the world around them. Some will use famous pieces of literature, like poems, to inspire them.

Some people will write lyrics first and then make a melody to fit, whereas others will start with a melody and write words to match the tune.

Depending on the approach, here are two key tips for lyric writing:

Listen to these examples of lyrics

You can draw on your own personal experience, the experiences of others or something new. Anything that inspires you can be the source of lyrics - it could be a book you have read, or a film you have seen.

Inspiration can strike at any moment. Many musicians and writers carry a notebook with them or use a notes app on their phones in order to jot down ideas on the go.

You could also record yourself with a voice memos app, speaking or singing when you get ideas for lyrics.

Some lyrics tell a story - either real or imagined. Some focus on a single emotion, such as love or loss. Some lyrics challenge people to think - they might make a political point, or question how people think and behave.

A hook could be a line in a song that gets stuck in people's heads. It might be the title of the song, the first line or a line that is repeated in a chorus. It needs to be repeated in order to be remembered.

A couple of good examples are We Will Rock You by Queen, or Single Ladies (Put a Ring on it) by Beyoncé. Both of these songs contain repeated lyrics that make the song memorable.

Most pop songs are made up of verses and choruses.

Each verse will often have the same melody, but different lyrics each time.

The chorus will often have the same melody and words each time it is repeated.

Writing lyrics is a very personal thing, and different approaches work for different people. When starting to write lyrics, try these steps as starting points to inspire your own writing:

Remember that writing lyrics is a skill that you can improve through regular practice. Set yourself some basic targets, like writing four lines a day for a week, to get yourself into the habit of writing.

In the film above, Tara and Ben are working together to write the lyrics for their song.

Download the sheet music to see how the final song comes together. 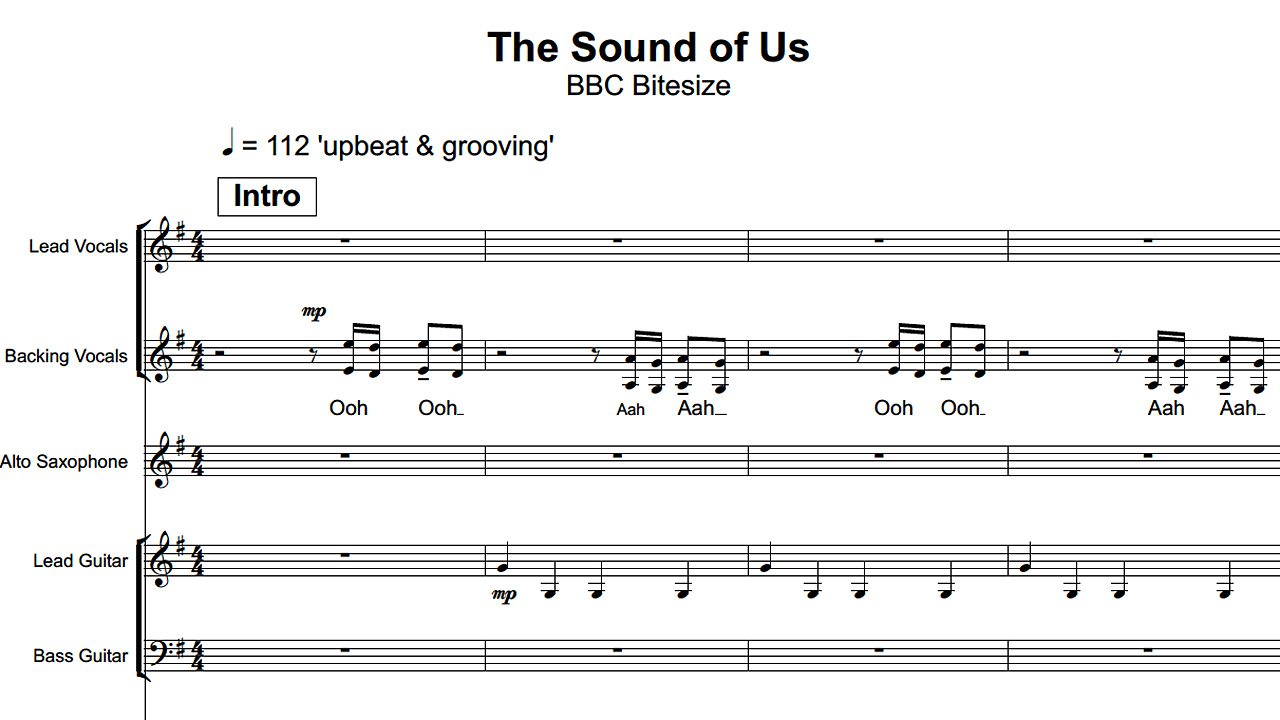 The Sound Of Us - Full score

Download the sheet music for the band's song The Sound Of Us. 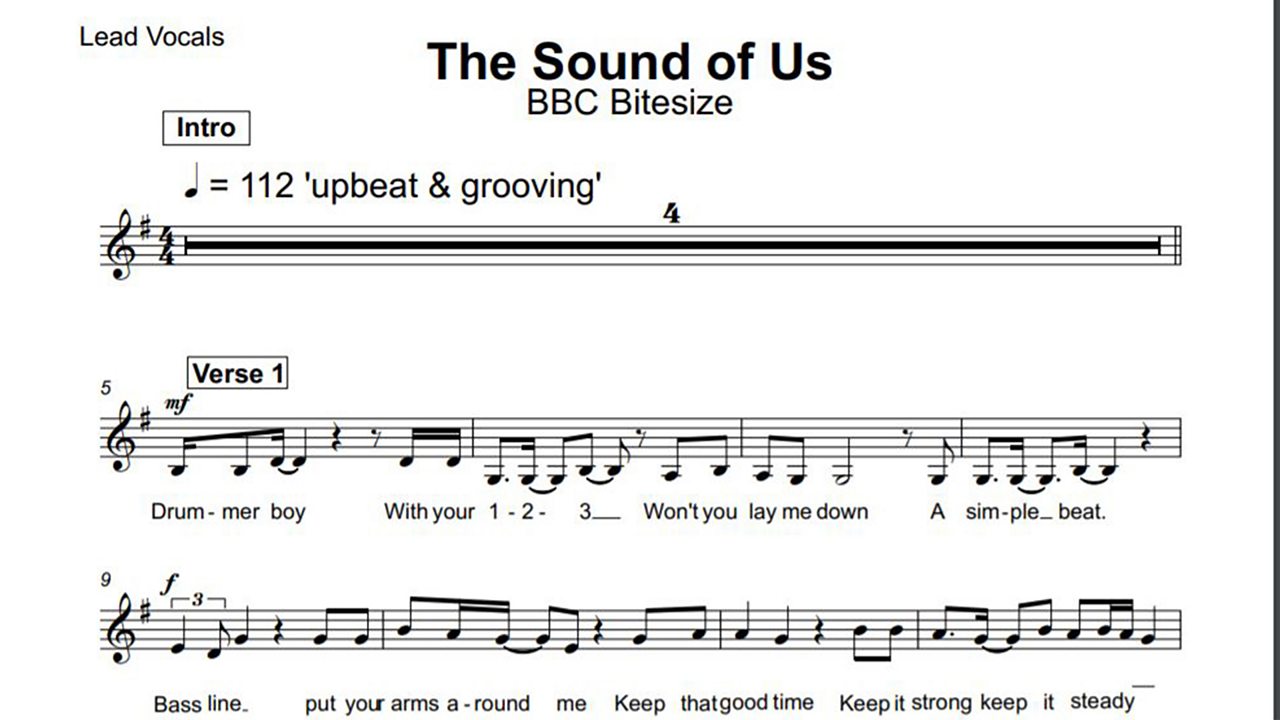 The Sound Of Us - Lead vocal score

Download the lead vocal sheet music of The Sound Of Us.

Listen to the band’s live performance of the song.

Focus on the vocal line and the lyrics. 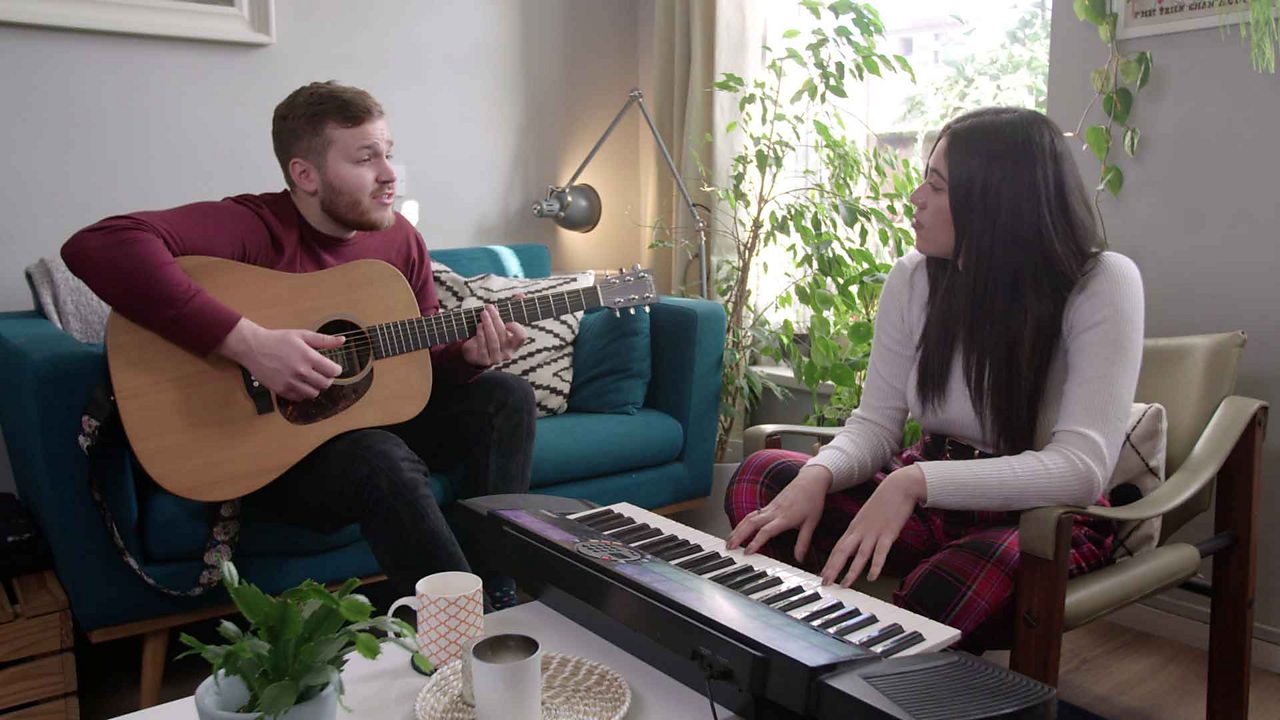 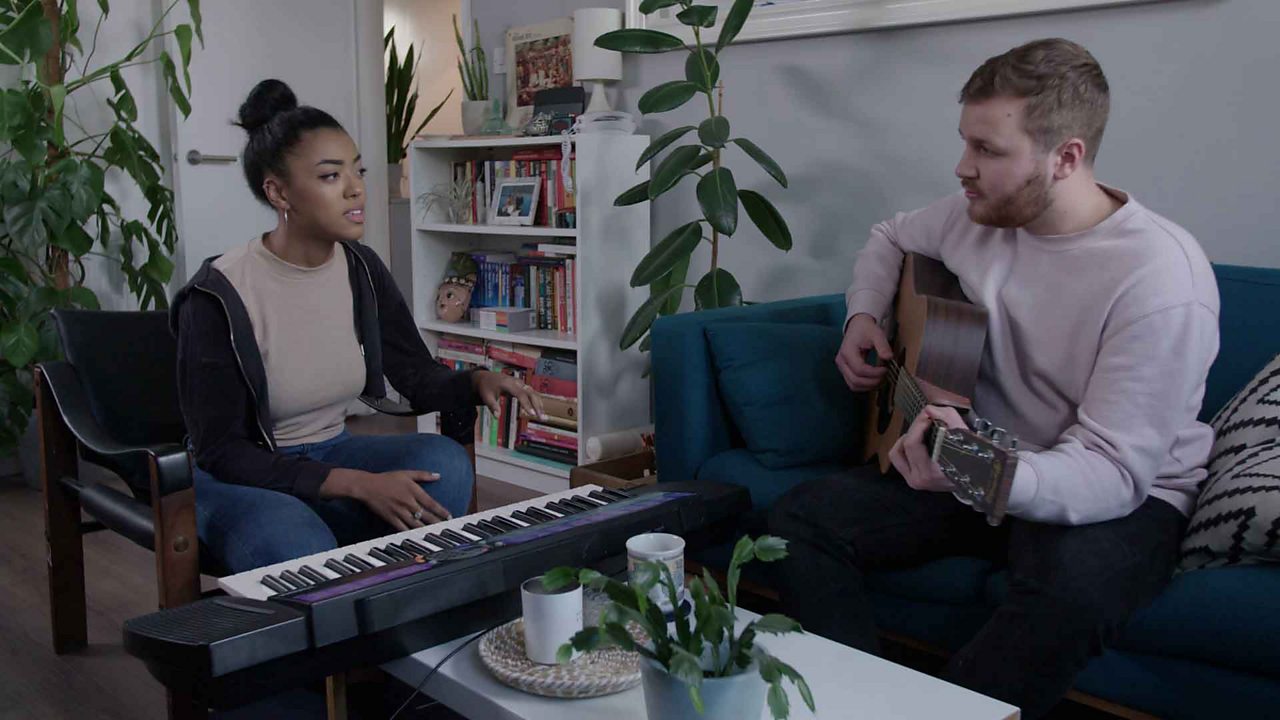 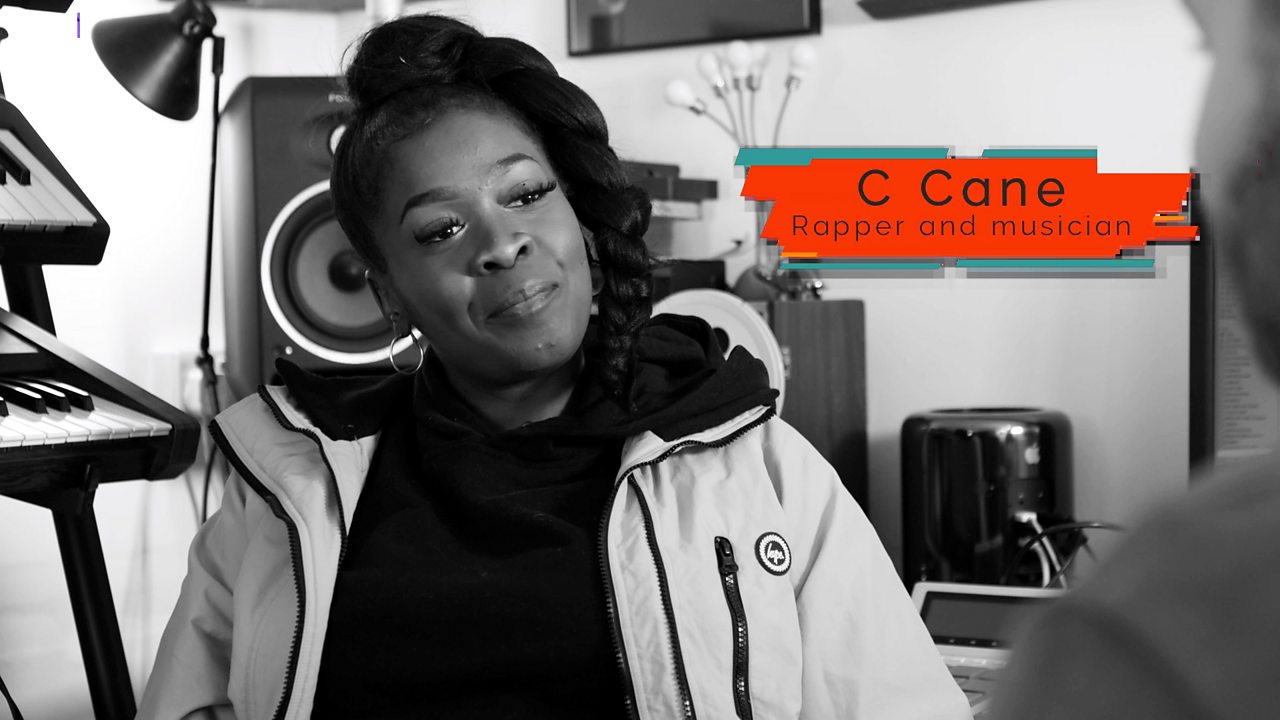