Issues are important subjects or topics that people discuss and debate.

Issues can include things like education, poverty or body image and can often be controversial - like immigration, LGBT rights or climate change.

Media representations of controversial issues can be very influential especially if they are the only opinion on a certain subject that a person reads or hears. 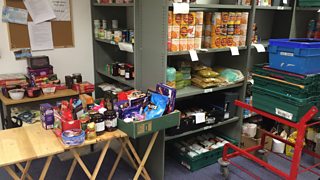 The way the media represents body image often comes in for criticism.

Fashion magazines and some TV programmes tend to represent beauty narrowly - as white, thin and without any imperfections.

This is an unrealistic representation and can create pressure for young people to conform to an image that may have been created by technological manipulation.

There have been some challenges to these types of advertising: complaints to the ASA led to two adverts from Lancôme and Maybelline featuring celebrities, Julia Roberts and Christy Turlington, being banned.

These adverts were deemed to represent an unrealistic portrayal of the effectiveness of the beauty products and for making unrealistic claims about their products.

As a result of this case many advertisements must declare if the image has been digitally altered in post-production, or if implants, hair extensions and other cosmetic enhancements have been used.