The role of journalism in society

One of its main purposes is to supply voters with the information they need to make informed choices, for example, about how they are going to vote in an election.

The democratic principle of ‘freedom of speech’ - meaning that people have the right to freely express their views and opinions, and to question or criticise the government - is enabled by a free, independent media.

The media serves an important role in providing investigative reports, debate, discussion, background and analysis, as well as news stories. 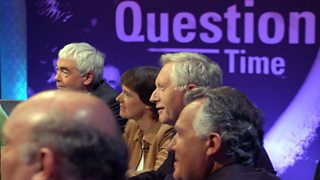 Programmes like Question Time serve an important role in questioning the government, politicians and other public officials

Journalism serves as a public ‘watchdog’ by monitoring the political process in order to ensure that politicians carry out voters’ wishes, and that they don’t abuse their positions.