The US refused to accept the presence of a communist government in Cuba. This only served to push Castro into the arms of the Soviets.

America’s attitude towards South America had been solidified under President Monroe in 1823. The USA saw itself as the protector of South and Central American countries from outside interference.

By the 1960s, the US saw communism as an economic threat to these countries and hence their sphere of influence.

By the late 1950s, the US subscribed to the domino theory - the thought that if one country was to become communist, then soon afterwards, communism would develop in the neighbouring countries.

If Cuba was communist (Castro had announced that it was in 1961), it was thought that communism would eventually spread to Latin America. This would affect America’s economic interests.

The arms embargo and communism

Reforms were enough to suggest to the Eisenhower administration that Castro was a communist. The US stopped selling arms to Cuba and considered banning the purchase of sugar from Cuba (which counted for 80 per cent of its exports).

Castro invited the USSR to buy sugar instead, and they agreed. In the early years of Castro’s rule, as the USA alienated itself from trade with Cuba, his government built up increased trade links with the USSR. In 1960, the USA refused to trade for sugar. Consequently, Castro nationalized all US businesses. 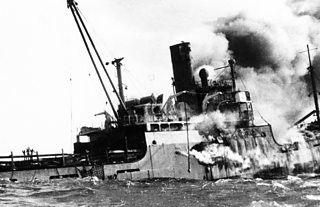 A small number of Cubans who supported Batista fled the country after the revolution. These exiles formed part of a US plan, cautiously supported by President Kennedy, to invade Cuba in 1961 and overthrow Castro.

The aim was to land on the Southern coast of Cuba, at the Bay of Pigs. Here a force of Cuban exiles (trained by the CIA) would kick-start a popular uprising against Castro. The invasion failed due to poor planning, lack of US air support and, arguably, hesitation on the part of President Kennedy. After this, it was clear to Castro that the USA wanted to overthrow his regime.

After the failure of the Bay of Pigs, President Kennedy and the CIA were still determined to remove Castro and Operation Mongoose was approved.

There were even plans to execute Castro himself. These aggressive operations against Cuba convinced Castro that he needed Soviet support.