To begin a tennis match, a coin must be tossed, usually by the umpire. The winner then decides who serves first and at which end they would prefer to start the game.

At the beginning of a game both players begin with ‘love’ (zero) points. Unlike other racket sports, the points do not increase in standard increments, instead they follow the set system below:

To win a game, a player must beat their opponent by two clear points. However, it is very common for both players to reach 40-40 (40-all) - this is called "deuce".

A tennis match is played up to five sets for men and three sets for women in a 'Grand Slam' event. The Grand Slam events are considered the most prestigious annual tennis events and offer the most ranking points, prize money, public and media attention, and hence the biggest field of competitors. In all other competitive matches, both men and women play to three sets.

The first player to win six games will be awarded a set, but if both players have five games each, a set can be extended to seven games. If players are tied at six games each (or six games-all), then the set goes into a tie-break system. In most matches, if a game is tied 6-6 all in the final set then a player must win by two clear games. 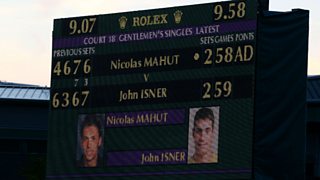 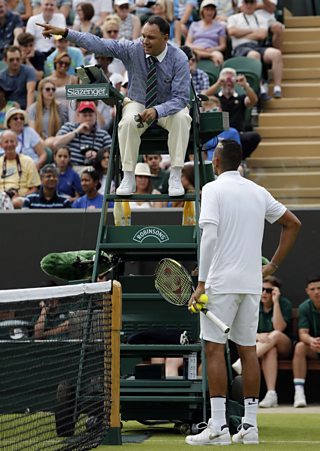 To ensure the rules of a tennis match are upheld correctly, a chair umpire is appointed in competitive matches to maintain the spirit of fair play. This umpire sits in an elevated chair by the net and announces the score. Like most sports, the chair umpire has the final word on all issues that happen during play. This could be:

In all matches where line umpires are present, a chair umpire is able to have an "overrule" decision that can be made if they feel that a mistake has been made.

Line umpires work on court as part of a team of between one and nine line umpires. The line umpire calls all shots relating to their assigned line. Each line umpire is assigned to one line or a position in a system if the crew is short-handed. For example, a line umpire on the receiver's side may have to cover the centre service line, and then move to one of the sidelines after the serve. Line umpires are a requirement for professional tennis games.