Tennis - an overview and history of the sport

Tennis is a recreational and competitive game played in singles and doubles formats. Singles is the most commonly recognised way of playing tennis, with two players competing against each other. It can be played as an informal game or as a competitive, scored match. Doubles involves two teams of two players competing against each other, so relies on teamwork and tactics to be successful.

The aim of the game is to win points by hitting a tennis ball across the net and into your opponent’s court to force your opponent to make an error and be unable to return the ball back.

The simple rules, physical requirements and enjoyable nature of the game have made tennis very popular throughout the world and enjoyed by all ages and abilities. 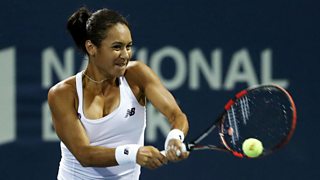 In all competitive tennis matches, a net splits the court in half and each individual or team defend their selected area of the court. To successfully play a match, the following must occur:

In tennis, points are scored regardless of who is serving.

Research cannot trace the exact origins of tennis but the most common view is that it was invented in the 11th or 12th century by French monks.

The game became popular as rich aristocrats learned the game from the monks. The nobles modified their courtyards into indoor courts and developed bats to hit the ball, which were made of cork, wrapped in string or cloth and later, leather.

By 1500, a wooden frame racket was in common use - together with a cork ball weighing around three ounces.

Tennis had many royal fans, including Henry VII and VIII who built more courts (including one of the few surviving courts, built at Hampton Court Palace in 1625).

The game of 'real tennis' (or 'court tennis' as it's called in the USA) is very different from the sport we know as tennis. In it the ball is hit around a series of walls with galleries and roofs.

The origins of today's game go back to Major Harry Gem and his friend, Augurio Perera, who combined elements of the game of rackets and the Spanish ball game called Pelota, playing it outside on a croquet lawn. Major Walter Clopton Wingfield, who is widely accepted as the creator of the modern game of tennis, further developed the game and, in December 1873, created a new variation called Sphairistike. That name was derived from Ancient Greek meaning 'skill at playing ball'. He also invented the equipment and published the rules.

Over future years, the game grew, leading to the formation of the International Tennis Federation (ITF), an organisation that created a single set of standardised rules and regulations. 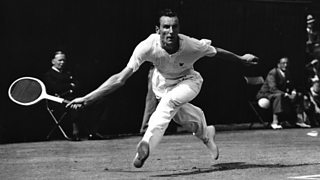