Consequences of the slave trade 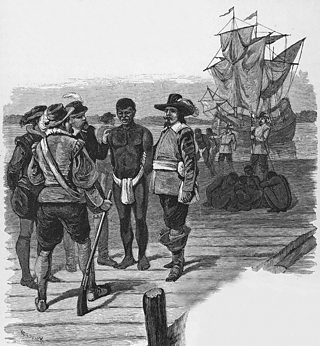 Slave's arriving on a dock are examined

The slave trade was huge – British ships transported 2.6 million slaves. It has been estimated overall, about 12 million Africans were captured to be taken to the Americas as slaves.

The African slaves took with them their agricultural knowledge, skilled craftsmanship, religion, traditions, cooking, clothes, music and dance. For example, West Africans slaves brought their rice variety and cultivation techniques to parts of the southern United States. Their expertise in growing rice in the hot and swampy conditions led to rice being one of the biggest cash crops in the entire country. Musical instruments such as the banjo, language such as Haitian Creole, food such as rice and peas and dances such as the Brazilian Samba and Capoeira were imported and influenced by West African slaves.

Many historians think that white supremacist racism grew in the United States and Europe because the slave under-class in the West Indies and America were all sub-Saharan Africans.

The slave trade ruined Africa because of the constant wars and the loss of millions of strong young people. Africa fell behind the rest of the world. Some historians think that this is why Africa was colonised by European countries in the 19th century.

After Britain abolished the slave trade in 1807, the 'West Africa Squadron' of the Royal Navy patrolled the Atlantic Ocean trying to stop the slave trade. The British also signed anti-slavery treaties with many African rulers.