The desire for reform and domestic pressures 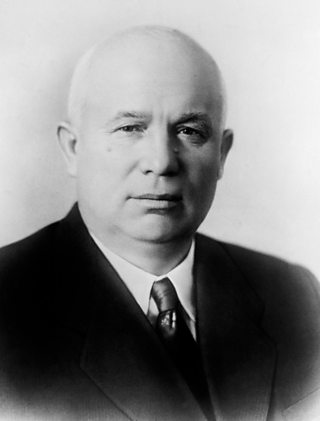 After the shock of Stalin’s death in 1953, a sense of hope enveloped the Soviet Union, bringing a desire for more civil liberties and an end to fear. Nikita Khrushchev emerged as the new Communist leader in 1955 and immediately contributed to this new hope.

Khrushchev encouraged a policy of ‘de-Stalinisation’ within the Communist Party and in the Soviet Union itself. He wanted to move away from the cult Stalin had created tgat had elevated Stalin to almost god-like status and detracted from communist ideals of equality.

Khrushchev wanted a return to the more traditional communist agenda of the Bolsheviks under Lenin (who led the October Revolution in 1917).

Khrushchev’s ‘Secret Speech’, given to the 20th Congress of the Communist Party, outlined his policy of ‘de-Stalinisation’. In his address, he criticised the purges, persecution of enemies and the fear which existed throughout Communist countries in preceding years. He wanted to change this.

Khruschev announced that although all countries should remain communist, there were different roads to socialism and different ways to achieve a communist utopia. This was an attempt to placate other associate countries which were turning against the strict Soviet doctrine from the USSR.

Although it is unlikely that Khrushchev envisaged the political upheaval that occurred in Eastern Europe as a result of his ‘Secret Speech’ and his new policies, it did allow the USSR to demonstrate its military might (during the Hungarian Crisis) and its refusal to allow political freedoms (during the Berlin Crisis).

In the West the 'Secret Speech' allowed a temporary thaw in relations between the USSR and the US during the Cold War.

Tensions eased as a result of Khrushnev’s de-Stalinization of the USSR and his peaceful co-existence theory. The cautious attitude and peace attempts of US President Dwight Eisenhower also contributed to an improvement in relations.

The efforts to reduce hostility between the two superpowers was evident when both leaders attended the 1955 Geneva International Peace Summit. Here President Eisenhower invited the Soviet Premier to his Presidential retreat at Camp David in 1959 to discuss issues related to the Cold War.