When media texts represent people, they can be categorised according to age, however it is easy to fall into stereotypical caricatures of lazy teenagers or grumpy old people.

Today it can be difficult to pigeon-hole people into age groups, as the boundaries are becoming more blurred – for example, video games are just as likely to be played by middle-aged adults as teenagers.

Young people are often represented negatively in media texts, which can cause controversy and stimulate debate.

During the London riots, British young people were portrayed by the print media as dangerous and hostile. This representation was based on the actions of a small number of people and created an unfair stereotype.

When young people appear in positive representations in newspapers, it is often because they have done something out of the ordinary, such as an heroic act or an impressive sporting achievement.

In comedy representations, like Vicky Pollard in Little Britain, young people are often shown as lacking in education and of low social class. This is reflected in their clothes, the way they speak and the language they use.

This representation suggests that this is generally considered the dominant representation of young people in the media, enough to encourage a parody. 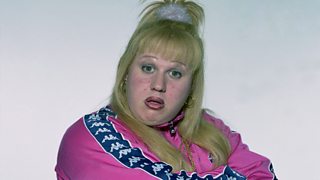 Vicky Pollard is a parody a stereotypical teenager in Little Britain

The main media texts which offer positive representation of young people are usually situations which allow them to represent themselves, within a specific context. For instance, auditions on talent shows such as Britain's Got Talent and The X Factor or celebrations of their good deeds on charity programmes like Children in Need. 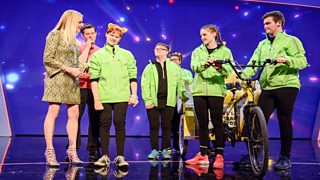