Over three-quarters of the Russian population were unhappy with their position in the Empire.

Peasants and workers alike suffered horrendous living and working conditions and hence posed a threat to the Tsarist regime. Discontent increased in the years before 1905 in the form of riots, illegal strikes and protests.

Discontent among the peasantry 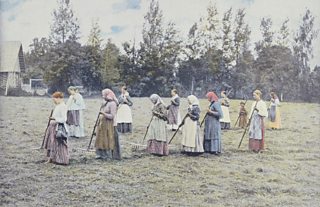 Russia had no form of income tax. The Tsar taxed the produce of the peasant farmers to raise money to maintain his regime. The burden of taxation was so great that periodic riots broke out.

The peasants of Russia had been freed from serfdom in 1861 by Alexander II. However, in order to give the peasants land, the government had to pay the landowners for it.

As a result, the peasants had to pay this ‘loan’ back to the state in the form of Redemption Payments. This increased the hardship of peasants. 1903-1904 became known as the Years of the Red Cockerel when peasants seized a great deal of land in the countryside.

Famine was a common occurrence at the turn of the century. There was widespread famine in 1901. Even though they did not have enough to feed themselves, peasants were expected to produce surplus grain for export.

Land hunger was a major issue in the countryside. Although some wealthier peasants (Kulaks) did own their land, this was often at the expense of the poorer peasants.

The majority of poorer peasants were landless. They had no way of improving their situation.

The amount of land a single peasant had was declining through the practice of dividing land among successive generations of a family.

Discontent among the workers 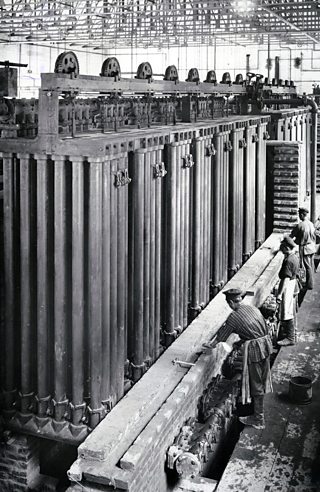 Inside a St Petersburg factory

Protests and strikes were on the increase in the early 1900s. By 1905 they were severe and widespread.

With industrialisation, under the guidance of Tsarist advisers Vyshnegradsky and Witte, came increased urbanisation. The population of Russia’s towns and cities multiplied by four.

Working conditions were terrible and trade unionism was banned. There was little to protect the pay or safety of workers. Laws protecting workers brought in under Alexander III and Nicholas II did little to improve the situation as the working day remained at 11.5 hours.

Living conditions were horrendous as developers struggled to deal with the demand for accommodation. Many lived in communal houses similar to army quarters, where kitchens, toilets and washrooms were shared. Others were forced to sleep in the factories where they worked, with little in terms of bedding.

There was limited sanitation and running water in the cities and the mortality rate was high.

There was an economic downturn in the early 1900s, leading to a lack of jobs and regular income. This was disastrous for those migrating to the cities looking for work.