We can infer from the clues in the story that Mary is responsible for Murdo’s newly painted red door: 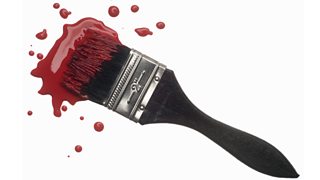 Her decision to paint the door leads to Murdo’s transformation. The story is narrated from Murdo’s perspective but we can assume that in him, Mary recognised a kindred spirit. In painting the door, she is trying to prompt him into action.

Mary represents those of us who choose not to conform to the small minded attitudes so prevalent in other villagers. Mary is unpopular because she never gossiped and was misunderstood because she had read many books.

Again Crichton Smith is highlighting the insular attitudes of the villagers, since being educated and not gossiping would generally be considered positive traits.

Mary’s spinsterhood also marks her out as different since it would be unusual in such societies to remain unmarried through choice. These differences mean that she will never be accepted by the village.

However, in contrast to Murdo, she has never sought their approval or tried to fit in, ...she made no concessions to anybody. She seemed to be saying, You can take me or leave me… she was proud and distant. She had a world of her own.

Mary's example helps Murdo realise that he no longer has to conform. Mary’s choice of red, both for the door and her own clothes is hugely symbolic. It shows her breaking from the village. Most doors in the village are painted in the greens and blues of the drab landscape. They represent the limited imaginations of the villagers.

Red is associated with passion and anger. These are qualities we can see in Mary. As well as being creative she is rumoured to have sudden bursts of rage. In contrast, Murdo associates red with the colour of wine and blood. He drank none of the former and only saw the latter while repairing a fence or working with wood when a nail would prick his finger.

The red door and Mary represent pleasure and passion. These are features missing from Murdo's life. But there is potential for them to develop.