Mise-en-scène is a French term meaning literally 'to place on stage'.

In film and TV the term is used to refer to everything you can see on screen when watching a film.

Anything actors handle or use during a scene counts as a prop. 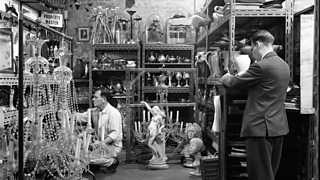 The colour, style and state of props can all add extra meaning to a scene.

A cowboy’s handgun, an office worker’s stapler, a small child’s bicycle - any object we see in a scene is a prop.

The clothes worn by the performers on screen fall into this category. 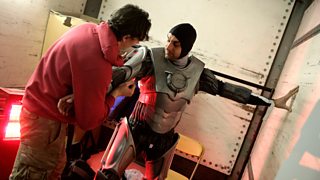 In a major film all the costumes may have been specifically designed for the production and tailor made for each actor.

In most films the make-up will be effectively invisible and will be used to cover mild blemishes or compensate for the effects of bright studio lights.

In other cases make-up may be used to alter the appearance of characters.

These alterations may be subtle and may involve simple changes to skin tone. 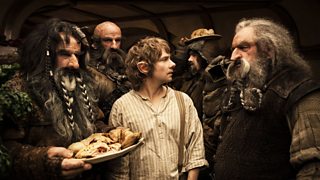 In other cases the make-up may involve special effects appliances which change some aspect of a characters appearance.