Reasons for US failure in defeating the Vietcong

The USA was not able to defeat the Vietcong (a term used to describe any Vietnamese person supporting communism and the North) for a number of reasons:

The Americans tried to win the war from the air. Their tactics were brutal. As a result of this brutality and lack of sensitivity, they turned the Vietnamese people against them. 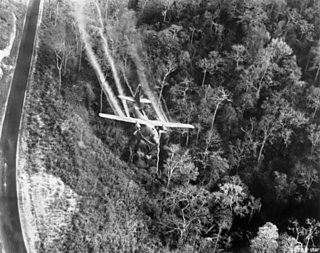 The Americans used chemical weapons Napalm (jellied petrol) and Agent Orange (superior strength weed killer). This was used to clear foliage in the jungle which was the natural hiding place for the Vietcong. They also wanted to see along the Ho Chi Minh Trail, the Vietcong’s supply route.

Napalm did clear much of the undergrowth but it also stuck to humans and caused horrific injuries. Agent Orange also cleared the foliage but many innocent civilians’ farms and crops were lost, and animals were killed. 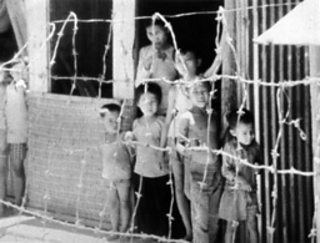 A Vietnamese family behind barbed wire

To prevent the Vietcong from hiding in southern villages, the South Vietnamese peasants were taken from their villages and settled in ‘strategic hamlets’. These were surrounded by barbed wire and controlled by the Americans. The peasants were opposed to this as they were far from their ancestral burial grounds and their farms, which they had tended for generations.

The Amercians bombed strategic targets in North Vietnam to stop the supply of troops and weapons to the South. There were not many industrial targets in the North so this was ineffective - bombs often missed targets and hit schools and hospitals.

Working on intelligence, the Americans tried to weed out the Vietcong in the Southern hamlets. They would drop in by helicopter and kill those they thought were Vietcong. Many innocent civilians were killed. In 1968, a mission to the village of My Lai ended with the massacre of many innocent civilians, including women and children.

Vietnamese civilians were constantly caught in the crossfire and began to question whether the US army was really on their side. US troops became very unpopular.