But midnight is not/ so easily defeated

Stanza Two begins with MacCaig consolidating a pessimistic tone. The repeat of But at the start of the sentence links back to and emphasises the “but” used as turning point in Stanza One. This continues the image of battle between good and evil. In this stanza, an extended metaphor portrays the violence of the city as a fight in the Wild West.

MacCaig tells the reader that he lies in bed in his hotel room between a radio and a television set, suggesting that we are surrounded, perhaps in an intimidating way, by technology. Or it could suggest MacCaig trying to use technology to drown out the sounds of violence from the city outside. 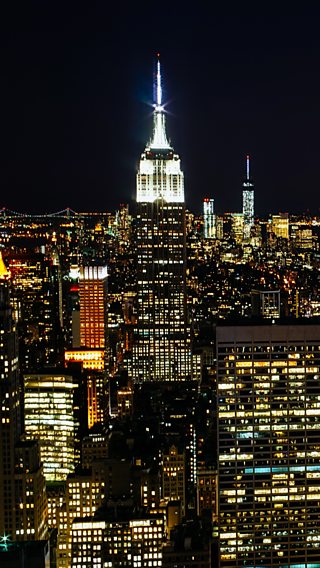 The sounds that MacCaig describes in this stanza are key in developing the poem’s thematic concerns. He hears, possibly from the radio and/or television, the wildest of warwhoops. The word choice of the superlative wildest has connotations of an uncivilised, perhaps brutal culture and this idea is extended through alliteration with the word warwhoops, the war cries associated with Native Americans.

These warwhoops are described as ululating. Here MacCaig uses onomatopoeia to suggest the repeated stereotypical “woo-woo-woo” sound that Native Americans would be shown making in a Western film or TV show. It compares these repeated noises with the constant howl of sirens in the city streets.

MacCaig then describes the setting of these historic battles. He writes of the glittering canyons and gulches. This contrasts with the natural landscape of the west with the affluent city. The canyons may now be glittering but they are still canyons.

From his hotel bed, MacCaig hears police cars and ambulances racing to deal with the results of violence. He uses synecdoche to show the impact - broken bones, harsh screaming, blood glazed. People are reduced to damaged body parts, noises, spilled fluids. This suggests the place of humans in this society has been lost.

MacCaig states that the harsh screaming emits from coldwater flats. This literally refers to the less luxurious, more primitive flats, and MacCaig is making a broader point here: technological advances are not benefitting all (think about the flats that don’t have hot water, and the contrast between them and the illustrious, imposing skyscrapers) and certain elements of society have been left behind in the pursuit of materialism. The destitute nature of living for some then translates to the streets. The skyscrapers may be glazed with windows but the sidewalk is glazed with blood.