The incompetence of Nicholas II

Tsar Nicholas II was unable to rule effectively. He made poor decisions that led to worsening relations with the government and increased hardship for civilians and soldiers alike.

Nicholas refused to accept any reduction in the absolute power he held.

He was detached from the plight of the Russian people and his policies also alienated ethnic minorities.

When the Duma was recalled during World War 1, a group of Octoberists and Kadets established the Progressive Bloc. This group wanted to have more control over the war. In response, in 1915, Nicholas closed the Duma. This alienated many liberals.

Nicholas declared himself Commander in Chief of the army and departed for the Eastern Front to take control of operations.

However, Nicholas was not well educated in the tactics of war. Moreover, his absence left a weakened government in Petrograd (formerly St Petersburg).

The war and the Tsarina 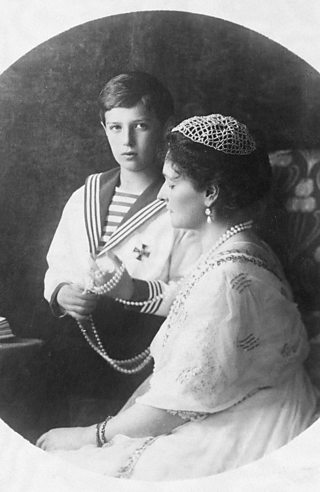 As the war continued, the quality and effectiveness of the Russian Empire's government was called into question.

The departure of Nicholas II to the front left his wife, Tsarina Alexandra, in control. Alexandra was not hugely popular in Russia. She was reserved and awkward in public. More importantly, she was a German princess and some were suspicious as to where here loyalties lay in the war.

Alexandra gained increasing influence over the appointment of ministers to the government. She was determined that no member of the imperial government should ever be in a sufficiently strong position to challenge the authority of her beloved husband. She appointed less threatening, sometimes incompetent, ministers to replace those who knew how to govern.

As a result, members of the government tended to be increasingly weak and ineffective men. They owed their positions to winning favour with the Tsarina, rather than their ability and effectiveness.

This would have been bad enough with Russia at peace, but in wartime, it led inevitably to disaster for the monarchy and for Russia. 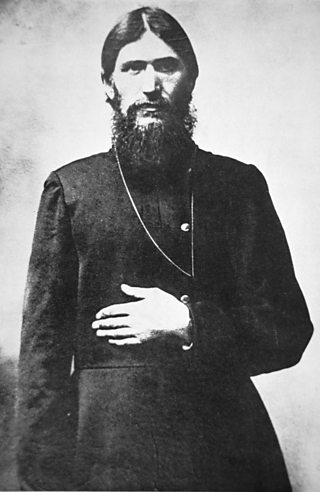 The imperial family was brought into disrepute as the Tsarina fell under the influence of Grigori Rasputin.

Rasputin was a monk from Siberia. He was rumoured to be a Khlyst, member of an extreme underground sect that had split from the Orthodox Church. He was infamous for his drunkenness and for womanising.

However he also gained a reputation as a healer, able to perform amazing feats and miracles.

Rasputin came to the attention of the royal family. In April 1907, Alexandra called on him to heal her only son, the Tsarevich Alexei. He was suffering from painful bleeding as a result of an injury. It was not publicly known but Alexis suffered from the blood disease haemophilia.

While there is still debate over the nature of his powers over the health of Alexei, it is clear that his influence over the Tsarina was considerable. He advised her on appointments to the government, interfered in important decisions. He could do no wrong in the eyes of the Tsarina. Excuses were always made for his excessive and antisocial behaviour.

To the Russian people, Rasputin symbolised everything that was wrong with imperial government. The court and the royal family became objects of ridicule, to be despised. Rasputin's murder by royalists at the end of 1916, came too late to undo the damage he had caused.

The membership and influence of revolutionary groups had been severely reduced by 1914, mainly through the repressive tactics of Stolypin and the Okhrana. But radical opinion was not wholey defeated:

Despite the Bolsheviks holding influence over many workers, Lenin had no part in bringing about the February Revolution. He believed that revolution should be organised, not developed from unorganised protest.