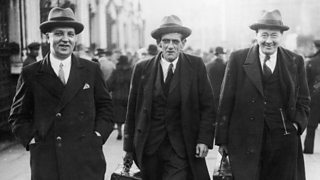 In common with his character Chae Strachan, Grassic Gibbon became a committed socialist while he lived in Glasgow, inspired by the Red Clydesiders' campaigns for social justice.

In the novel, the sympathetic characters share his desire for social equality and his anti-establishment views.

This was the time of the Depression, when the gap between rich and poor was immense, and the deprivation in working-class areas of Glasgow was particularly shocking.

He despised traditional, institutional religion. In Sunset Song, the sympathetic characters of Chae Strachan and Long Rob are portrayed as sharing these views. The character of James Mitchell, to whom he jokingly gave his own (real) name, represents the hypocrisy and pomposity which he himself so disliked.

Grassic Gibbon did not agree with the traditional role of women, or their being viewed as the intellectual inferiors of men. When Sunset Song was first published, some critics believed it must have been written by a woman as the novel so convincingly presented the concerns of women.

The idea of women enjoying sex was thought disgusting and immoral at the time, something people would only believe of prostitutes. Grassic Gibbon disagreed with this puritanical view. He shows his heroine as a woman who relishes her sexuality and is not ashamed of her body.

He also effectively portrays the strains of over-frequent child-bearing. At this time Marie Stopes was pioneering birth control. When in the novel Jean Guthrie expresses her anxiety over further pregnancies, he shows John Guthrie as thundering at his wife, We'll have what God in his mercy may send to us, woman. See you to that! 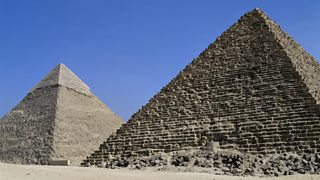 Grassic Gibbon was influenced by a group of thinkers called the Diffusionists. They believed human civilisation began in Egypt with a community of peaceful hunter-gatherers, who gradually developed more settled lives based on agriculture.

Life became more complex, as people owned property which had to be defended. He uses the early life of the Picts as a true representation of a Scottish Golden Age, predating modern civilisation.

He uses World War One as a symbolic reflection on the corrosive and corrupting effects of civilisation.

The standing stones in the novel represent a defining moment in culture when man asserted his presence and territory. From then on, man was able to mark his ownership of the land and this led to an eventual dependence on farming and agriculture to exist. With ownership comes an increased focus on land, machinery and – eventually – territorial war. This idea is highlighted in the novel when the Guthries are travelling to Blawearie for the first time. As they are travelling through the night, Chris looks up and has a vision:

Gibbons presents here a vision of primitive man, a symbol of the way that simple folk have from the beginning of history been harassed by alien bringers of civilisation. This event is echoed near the end of the book when Chae Strachan has a ghostly encounter at the standing stones:

…he saw right in front of him a halted cart and a man had got out of the cart and knelt by the axle and looked at it." (Harvest)

Chae notices that the standing stones have vanished, and that the ghostly figure is in strange gear, hardly clad at all, and something had flashed on his head, like a helmet maybe.

These figures represent the lost way of life before the age of the standing stones. Grassic Gibbon asserts his belief in the concept of an innocent Golden Age. He believed that civilisation corrupted this innocence, bringing evils such as war and class exploitation. He thought that people were intrinsically good, but could be warped by false values. In Sunset Song, he portrays Robert Colquhoun's elderly father as preaching a sermon on the Golden Age, and both John Guthrie and Chris are impressed by it, although it goes over the heads of the other villagers.

…he told of the long dead beasts of the Scottish land in the times when jungle flowered its forests across the howe…and he pictured the dark, slow tribes…they hunted and fished and loved and died, God’s children in the morn of time; and he brought the first voyagers sailing the sounding coasts, they brought the heathen idols of the great stone rings, the Golden Age was over and past and lust and cruelty trod the world." (Ploughing)