Weaknesses and mistakes of opponents

After the Wall Street Crash, America called in all its foreign loans. This destroyed Weimar Germany. Unemployment in Germany rose to 6 million.

In response, in July 1930 Chancellor Brüning cut government expenditure, wages and unemployment pay - the worst thing to do during a depression. He could not get the Reichstag to agree to his actions, so President Hindenburg used Article 48 to pass the measures by decree.

Anger and bitterness helped the Nazis to gain more support.

Many workers turned to communism. This frightened wealthy businessmen, so they financed the strongest opponents of the communists – the Nazis.

Alarmed by the obvious failure of democracy, many middle-class people decided that the country needed a strong government. Under Brüning they were in chaos. President Hindenburg dismissed Brüning in 1932. Franz von Papen became Chancellor. 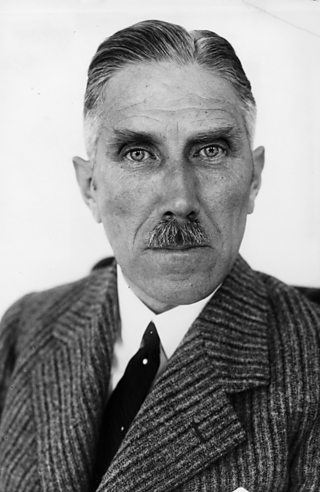 Von Papen became Chancellor through the support of General von Schleicher. He came from a wealthy background and had ties with German aristocrats, businessmen and the army. But he had no real political following. His government lacked a majority in the Reichstag.

At the July 1932 election, the Nazis won more votes than any other party. Von Papen attempted to gain their support. However, Hitler kept his political distance. He did not want to be identified with a failing government when he had no power to act.

By this time, support for the Nazis had dropped. In the November 1932 elections the Nazi vote fell from 37.3 per cent to 33.1 per cent. But they were still the biggest party.

Von Schleicher attempted to control the worst excesses of the Nazis’ illegal and unconstitutional behaviour. He offered Hitler the role of Chancellor in a government provided von Schleicher was in charge of defence. Hitler refused.

Without Nazi support, von Schleicher was unable to gain parliamentary support for his government.

When Hitler accepted the Chancellorship in January 1933, he was one of only three Nazis in a Cabinet of eleven. Von Papen had assured Hindenburg that he could keep Hitler under control. But Hitler quickly built up his political power - making himself absolute ruler of Germany using Article 48.