Living organisms are classified into groups depending on their structure and characteristics. This system was developed in the eighteenth century by Carl Linnaeus. The classification of species allows the subdivision of living organisms into smaller and more specialised groups.

The first division of living things in the classification system is to put them into one of five kingdoms. The five kingdoms are:

Phylum follows Kingdom and has many different organisms, including three examples from the Animal Kingdom below:

Order follows class and as an example, mammals can be further sub-divided into a variety of different groups such as:

Species is the final classification stage, and the genus panthera can be divided into: 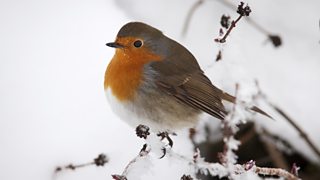 The grouping of families was added to allow the large number of new species to be included in this system. Linnaeus' original ideas have been adapted, but continue to be accepted and as new species are identified they can be fitted into the current classification system.

Originally, Linnaeus couldn't distinguish between different types of organisms such as algae, lichens and fungi. The inability to examine such organisms in detail made separation of these difficult at the time.

As more scientific methods developed, it allowed scientists to examine organisms in more detail and note important features, such as the identification of sex organs. This allowed more divisions to be created, and with the advancement of technology, this allowed the development of Linnaeus's classification system.