Effects of war on agriculture

Farming before the war

Before the war, farmers in Britain faced hard times as public demand for cheap food led to an increasing reliance on foreign imports:

Farming during the war 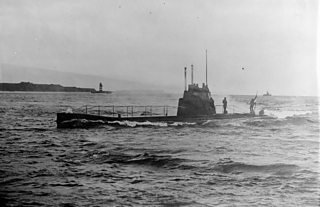 A captured U-boat in the Atlantic

When war broke out imports were threatened by Germany's U-boat campaign which sought to starve Britain into submission:

By October 1915, when Germany called off her first U-boat campaign, 900,000 tons of British shipping had been sunk. British production, therefore, became more important.

During the war years many farmers made money from rising demand for food and animals. At first, farmers profited from the increased need. For example, in 1917 the government bought all wool sheared from sheep in Britain to produce uniforms and army blankets.

At the same time, the wages of skilled ploughmen and shepherds doubled.

The main problems for farms were the loss of men to the army, and also the need for horses as they too were taken for military service.

These problems were overcome by the increasing use of machinery such as early tractors. The deployment of women, boys, older men and even prisoners of war and conscientious objectors helped replace the men who had joined the army.

Fishing during the war

However, by this point many boats and crews were serving as support to the Royal Navy.